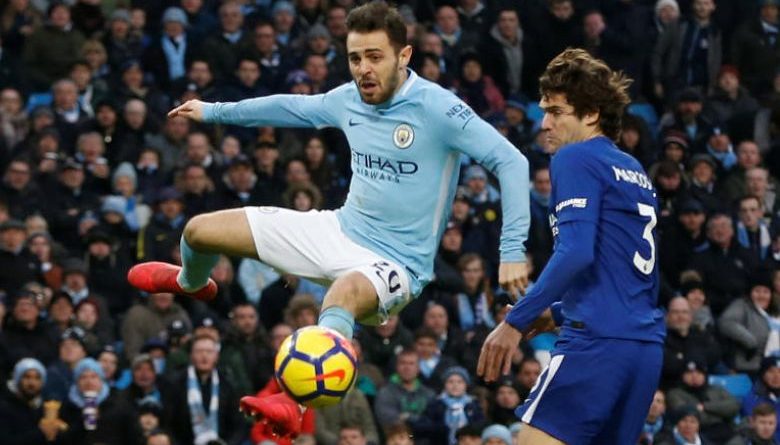 Sergio Aguero grabbed a hat-trick as Manchester City scored four times inside 25 minutes to thrash Chelsea 6-0 and leapfrog Liverpool again to top spot in the Premier League on goal difference on Sunday.

According to a Telegraph report, Aguero should have had even more than three as the Argentine missed a glorious early chance and hit the bar in the second-half in a humiliating afternoon for Maurizio Sarri’s men.

Raheem Sterling started and ended the scoring and Ilkay Gundogan also netted in the first quarter of the game as City ended what could have been a testing week with a trip to Everton in between the visits of Arsenal and Chelsea with maximum points.

Jurgen Klopp’s men maintain the advantage of a game in hand, but handed a reprieve by Liverpool’s draws against Leicester and West Ham in recent weeks, City look determined to become the first side in a decade to retain the Premier League.

Chelsea on the other hand slip to sixth with the scale of the defeat sure to raise further doubts over Sarri’s future.

A 4-0 defeat to Bournemouth in their last away game was Chelsea’s heaviest league defeat since 1996.

And this was their worst loss in any competition since 1991 after failing to recover from Sterling’s fourth-minute opener.