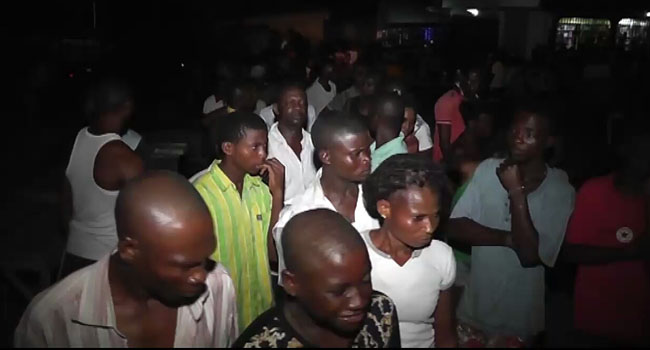 Manchester United and the Nigeria Football Federation have commiserated with the families and friends of those that died in Calabar, Cross Nigeria, while watching the Europa League match between Manchester United and Anderlecht at Old Trafford, Extrasportsnigeria.com reports.

On Friday United wrote on their Twitter handle, “Our thoughts go out to the United fans, their friends and families affected by the tragedy in Calabar, Nigeria, yesterday.”

NFF General Secretary, Dr. Mohammed Sanusi wrote on the federation’s website, “It is with heavy hearts that we received the tragic news of the death of 30 persons at a viewing centre in Calabar while they were watching a UEFA Europa League match on Thursday evening.

“We pray that God Almighty will grant their souls eternal rest and also grant their loved ones and the Government and people of Cross River State the fortitude to bear the big loss.

“We are much pained by this unfortunate incident because football is a game of peace that brings joy and excitement to the whole of humanity.”

Nigerian football fans have the tradition of watching football matches, in groups, with some going to the viewing centres for a fee, even when they have cable television at home. Some others however, cannot afford the high cable television subscription fees. A survivor of the tragedy said he came to the centre even though he had the cable network at home because he usually enjoined the stadium-like atmosphere.

Marcos Rashford scored the winning goal for the Red Devils at extra time, as United beat Anderlecht 2-1 on the night, and 3-2 on aggregate, to seal a semi-final place against Celta Vigo.