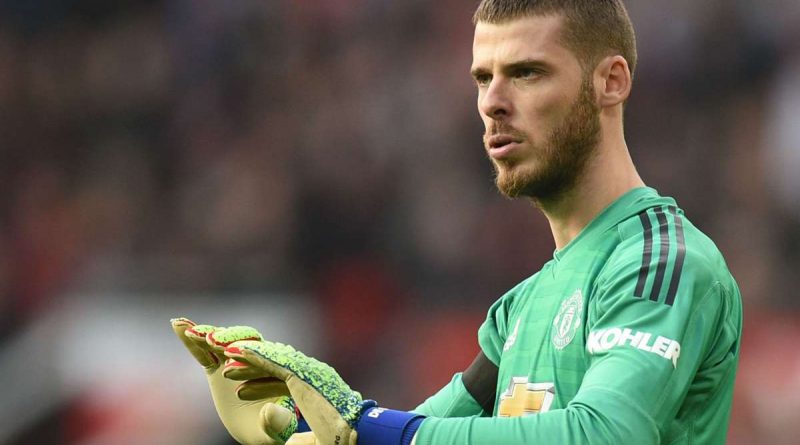 DAVID DE GEA has become the target of furious Manchester United fans once again after two horror mistakes against Chelsea.

The Spaniard, once arguably the best goalkeeper in world football, has suffered from a shocking loss of form in the last couple of years. He was at his very worst at Wembley on Sunday, directly responsible for two Chelsea goals in the FA Cup semi-final.

United lost the game by 3-1 to Chelsea. It will now be an all London team finals as Arsenal had beaten Manchester City

Deep in first-half stoppage time – following a long break because of Eric Bailly’s head injury – De Gea was caught unawares by Olivier Giroud, according to a SunSports report.

The French striker turned in a Cesar Azpilicueta cross to the near post that wiggled right through the goalkeeper.

Then, just a minute after the second half started, De Gea produced an even worse howler when he failed to stop Mason Mount’s shot.

Mount – scoring his first goal in 26 games – intercepted a shocking Brandon Williams pass before striking from outside the box.

Although it was reasonably well hit along the ground, it was a save one would expect a Sunday league goalkeeper to make.

Speaking on BBC Sport, during the drinks break, Alan Shearer said: “De Gea should do better there.

“It’s a huge error; he really should be saving that.”

“He keeps making mistakes. You look at the three goals today; I think a confident, on form, assured De Gea saves all three.

“If I was Ole Gunnar Solskjaer I would be worried because his performance levels have dipped and he’s inconsistent now.

“I wouldn’t leave him out (Solskjaer) already stated that Dean Henderson will be a future United No1, but at the moment he will stick with De Gea.

“His credentials are still up there with the best in the world but at the moment he’s just lost all his confidence.”

Shearer said after the game: “If a keeper has made one or two, you think OK, we’ll stick with him.

“But now I would think the time has come. It keeps happening.

I think if they bring Henderson back he has to come back as No1, otherwise let him stay out on loan. Has that time come? Yes it has.”

United fans on social media were not impressed with the keeper at all. The Sun compiled their reactions.

A number of Tweets called the goalkeeper “finished” while another fan joked his favourite chocolate is a “Butterfinger”.

There were also unflattering comparisons to Kyle Walker – who memorably played in goal for Man City in the champions League – and a ticket attendant at a train station.

Other fans stated that Cristiano Ronaldo’s infamous hat-trick at the 2018 World Cup, where De Gea made a huge error, ‘ended’ De Gea as a top class force.