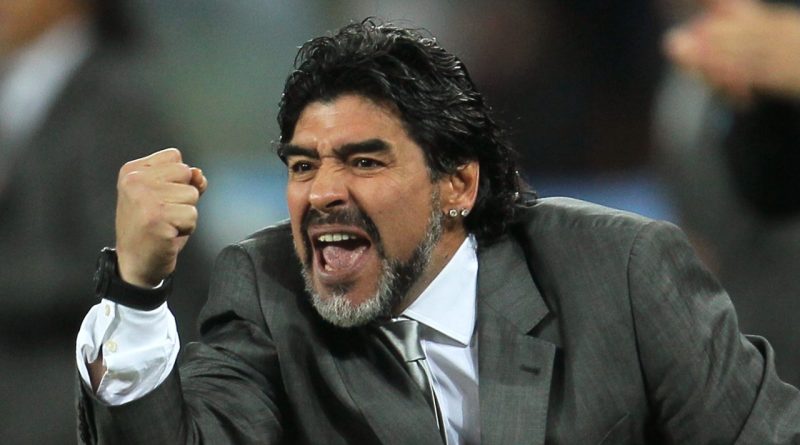 The ripple effect of Nigeria’s 4-2 defeat of Argentina is increasing as Argentina legend and former national team manager Diego Maradona has offered to come back and coach the team.

Maradona took to Instagram after Argentina surrendered a 2-0 lead in Krasnodar, Russia, to lose their first match under incumbent boss Jorge Sampaoli. And to prove he is the best candidate for the job on the road to Russia 2018, “El Diego” compared his record to that of his peers dating back to the 1970s with a detail graph. The graph based on number of matches played and percentages win/lose scored 75% which ranked him above all others.

ESPN FC provided a translation of the caption, written in Spanish, and published by Bleacher Report which read, “Who wins more?? Let’s draw our conclusions, I’m mad because they give away our prestige, but the players are not the ones to blame, I want to return!!!”

Maradona earned 91 caps for Argentina as a player and led the national team between 2008 and 2010, until he was sacked following their elimination from the 2010 World Cup at the quarter-final stage.

Sampaoli took over the helm in June, and while Tuesday’s loss to Nigeria may be the first blemish on his record, his side have won only four of the eight games he’s managed and only just qualified for the 2018 FIFA World Cup with the very last of the qualification matches.

With Lionel Messi absent, Sergio Aguero and Ever Banega supplied the goals that put Argentina two up against Nigeria, only for an Alex Iwobi brace to prove their undoing alongside goals from Kelechi Iheanacho and Brian Idowu.

After managing Argentina, Maradona led United Arab Emirates outfit Al Wasl for one year and was appointed chief of second-tier UAE side Al-Fujairah following a five-year spell out of management.

Maradona may not back down easily in his new pursuit even though his chances look very slim.