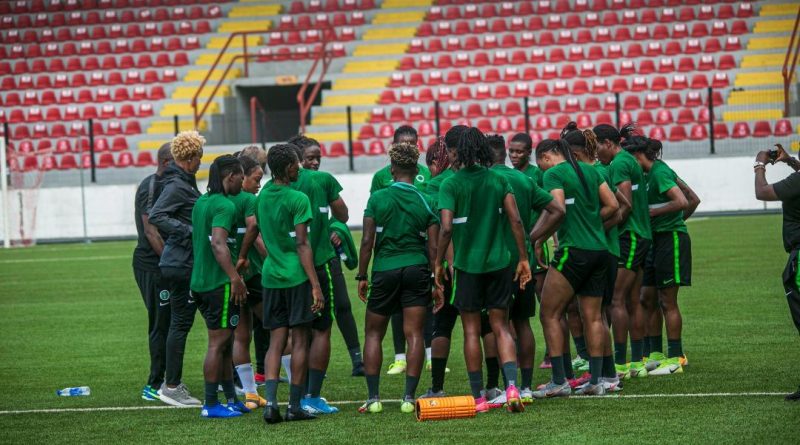 Nine-time African champions Nigeria are confident they can earn a good win on home ground on Wednesday that will put them at relative advantage in their 2022 Women Africa Cup of Nations qualifying fixture against Ghana’s Black Queens.

Both fierce continental rivals will slug it out at the Mobolaji Johnson Arena in the first leg of this fixture, which will eliminate one of the best teams in women football on the continent and render that team inactive for the next two-and-half years.

The 12th Women Africa Cup of Nations, scheduled for Morocco in the summer of next year, will also serve as the qualifying tournament for the 32-team 2023 FIFA World Cup finals in Australia and New Zealand in 2023, meaning that the team that loses out in the Ghana/Nigeria fixture will be without meaningful shooting practice until the qualifiers for the 2024 AFCON finals are activated.

On Sunday, the Super Falcons’ camp opened in Lagos ahead of the double quickfire with the Queens, with the return leg holding in Accra on Sunday. Already in camp are goalkeeper Tochukwu Oluehi, defenders Onome Ebi, Opeyemi Sunday, Ayomide Ojo, Oluwatosin Demehin, Akudo Ogbonna and Rafiat Imuran, midfielders Goodness Onyebuchi and Regina Otu, and forwards Vivian Ikechukwu and Gift Monday. The rest of the invited squad were expected in camp by Monday evening.

Coach Randy Waldrum said: “It is important for us to get a good win at home and then go to Accra and play like warriors. These are two battles that we must be ready for. The Super Falcons just have to be at the AFCON and the World Cup and they are ready to give these two matches their all.”

Before the Aisha Cup tournament, and as part of their general preparation for the 2022 Women AFCON qualifiers, the Super Falcons participated at the Turkish Women’s Tournament in Antalya in February, where they won all their three matches, and also featured at the USWNT Summer Series in the United States of America, where they played against Portugal, Jamaica and Team USA.