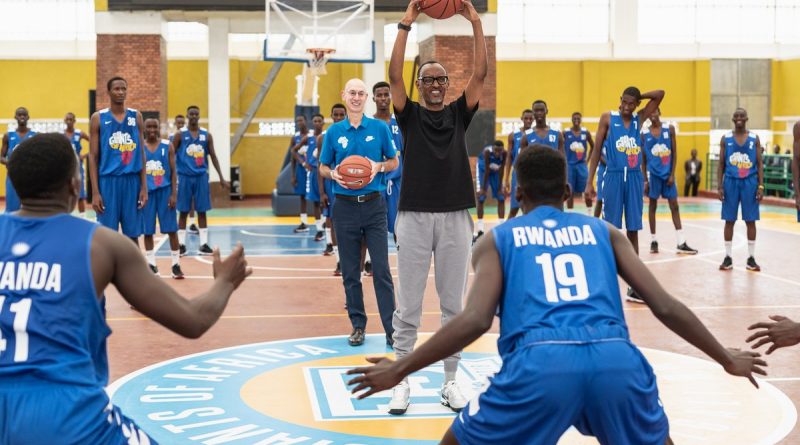 Giants of Africa have named the coaches that will work with young basketball talents for the Nigerian leg of the programme which has been slated for August 21 to 25 in Lagos, reports Extrasportsnigeria.com. The list was released before the young players of Uganda rounded off their programmes following the initial tip off in Kigali, Rwanda on August 6. The talent search programme started by Masai Ujiri and a few partners 15 years ago had Rwandan President, Paul Kagame in attendance in Kigali.

Giants of Africa, the not-for-profit co-founded by Toronto Raptors president, Masai Ujiri a fortnight ago announced they will visit seven countries across the African continent this August. Celebrating its 15th anniversary, Giants of Africa has committed to hosting basketball camps and community outreach initiatives in Rwanda, Uganda, Democratic Republic of Congo, Kenya, Nigeria, Ivory Coast and Senegal.

Ujiri said, “Over the past 15 years, I have seen the impact basketball can have not only on one kid, but also on their entire community. “When I started Giants of Africa, I envisioned providing African youth access to the game and empowering them to achieve their greatest potential. With 63% of Africa’s population below the age of 25, we have a huge goal and responsibility to help them develop. We are excited that this year we are able to extend our reach further across the continent to help realize that dream.”