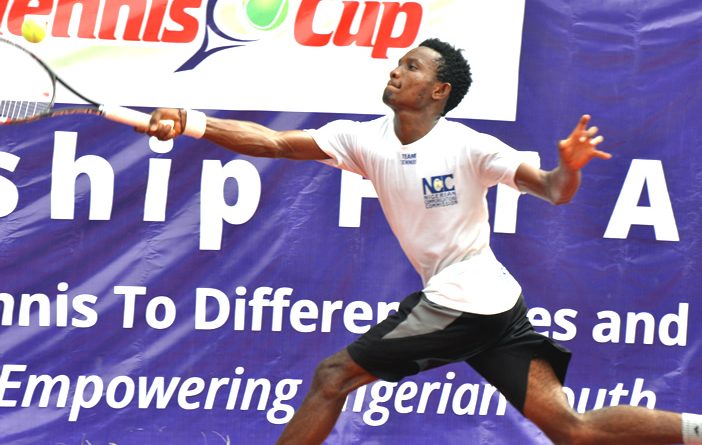 Onyeka Mbanu, the first junior player to reach the semi-finals of the CBN Senior Championship five years ago, said in Ibadan on Friday that he plans to use the NCC Tennis League to revive his tennis career.
Mbanu who along with Christian Paul, Moses Michael, Samuel Omoile and Sylvester Emmanuel used the platform of the ITA Junior circuit to launch their tennis careers, lost his bearing veering into music and entertainment.
Mbanu said, “I know what my potential is. But with this opportunity to practice and compete regularly I am sure I can get my game back and challenge for titles.
“I am sure we (Team VGC Lions) shall defeat Team Oluyole and then prepare to give the big teams in the group like team Muller, Team Civil Defence and Team Kalotari a good game.”
Mbanu will be supported by Martins Abamu the former 18 & Under champion who reached the third round of the 2017 CBN Senior Championships.
The ladies’ match between Lovette Donatus of VGC Lions, a top 20 player, and Colleen Orji of Team Oluyole promises to be a star match as Orji has the reputation of confounding her opponents with her unorthodox but resilient play.
The tie which will take place at the Adamasingba Stadium Tennis Courts in Ibadan and is slated to serve off at 10 am.
The second tie for the week will take place at the Kwara Stadium, Ilorin between team Kalotari of Port Harcourt and Team Optiwebb.
Tennis fans in Ilorin will have the opportunity of hosting top tennis stars like Christian Paul, Emmanuel Sunday and Blessing Samuel, all top 10 players who play for the Port Harcourt based team.
Team Optiwebb lead by Emmanuel Ekakah is making their debut in the competition.