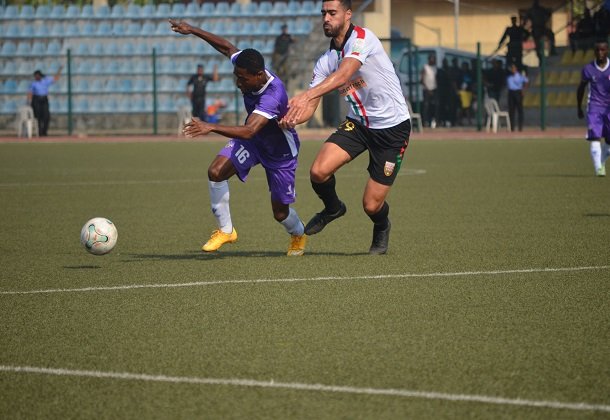 Algeria’s MC Alger on Saturday defeated MFM FC of Nigeria 6-0 in their first round, second leg tie of the Champions League at the July 5 Stadium in Algeria, Extrasportsnigeria.com reports

The loss means MFM have missed out on a place in the group stages of the CAF Champions League.

MFM had beaten them 2-1 in the first leg played last week in Lagos before Alger turned the table round to qualify on a 7-2 aggregate.

MFM coach Fidelis Ilechukwu made three changes to the side that defeated the Algerians in the first leg last week with the trio of Ubakanma Peter, Jonathan Zikiye and Joshua Abah replacing Chukwuka Onuwa, Julius Emiloju and Lawal Abayomi respectively.

MC Alger started the game on the perfect note with Sofianne Bendebka handing them the lead in the third minute from a simple header. Walid Derreja made it two for the hosts seven minutes later from a long-range strike.

The hosts piled more pressure on MFM despite the two-goal lead and got the third in the 20th minute.

MFM’s goalkeeper Folarin Abayomi’s poor clearance was met by Nekkache who slotted the ball into the net.

The Nigerians conceded again in the 29th minute with Karawi’s deflected shot sailing into the net.

MFM have now dropped down to the play-offs of the CAF Confederation Cup.