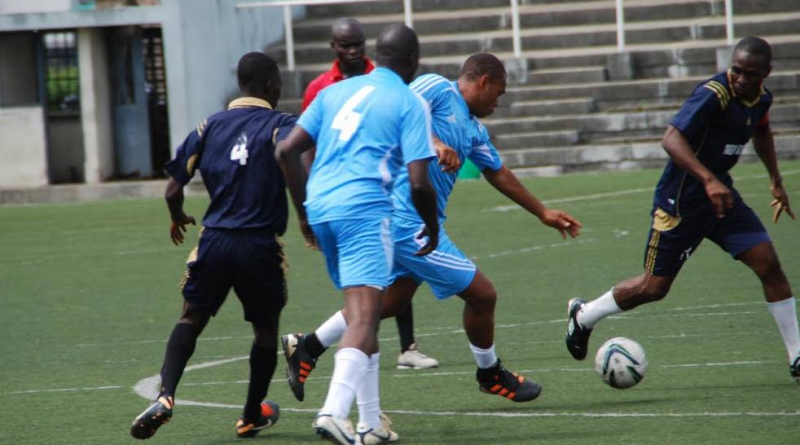 On Friday Sports Writers Association of Nigeria Lagos Chapter members will take on Friends United By Sports (FUBS) as the MerryBet/SWAN Cup 2017 takes the final stretch. FUBS is made up of those in the sports business such as administrators, national ex-footballers and even members of the National Assembly of the sports related committees. Some of the notable members of FUBS set for the epic clash are Jonathan Akpoborie, Peter Rufai, Paul Bassey, Shehu Dikko of the LMC and Ayo Omidiran of the House of Representatives amongst others.
The game will mark the wrap up of the early stages of the 2017 competition as journalist prepare for the final match billed for Saturday. The competition which is holding at the Legacy Pitch of the National Stadium began on Monday. And it has been fun all the way for an event that had the inaugural edition 20 years ago for all sports units of media houses based in Lagos.
In some of the games played during the week, the Complete Sports football team popularly known as the Okota Bombers got off to a flying start on Monday by defeating 104.7 SMA FM 8-0. The Bombers last won the title in 2012. After that game, The Ojeagbase Boys spanked another Group B team, Pooja.com 3-1 in a highly entertaining game.
The quick victories prompted the organisers to subject several members of the Complete Sports team to random ‘drug tests’ which eventually proved negative. It was learnt from authoritative sources that scouts from PSG, Barcelona, Manchester City, Bayern Munich and Real Madrid have checked into hotels in Okota, Isolo where they can stealthily watch the Complete Sports training sessions.
Merrybet Online Sports Betting Company is sponsoring the competition with N3.5 million.