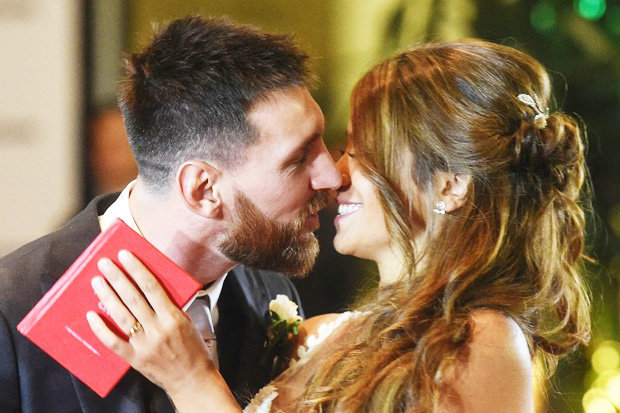 There was hardly any big name missing in Argentina for the much awaited wedding. A who’s who of the footballing world descended on Rosario, Argentina, to watch Messi wed the stunning Antonella Roccuzzo, 29.

But despite playing in front of hundreds of thousands of people every week and being one of the world’s best players, Messi, 30, appeared to miss the open goal, reports Daily Star.

When it came to giving his new wife their first kiss as a married couple, Messi appeared to use the technique of a goldfish, widely opening his mouth. And with a host of cameras on the Argentine star, this was not missed by the world’s media.

Soon, the video of Messi’s kiss went viral, with a queue of commenters ready to mock the Barcelona striker.

Mad Villainy wrote: “Messi went to kiss his bird like a T-Rex would approach someone before screening them.”

JYusif added: “Love Messi but this kiss makes me embarrassed.”

Sade also wrote: “Messi is the greatest footballer ever but can’t kiss at all… he had to be bad at something.”