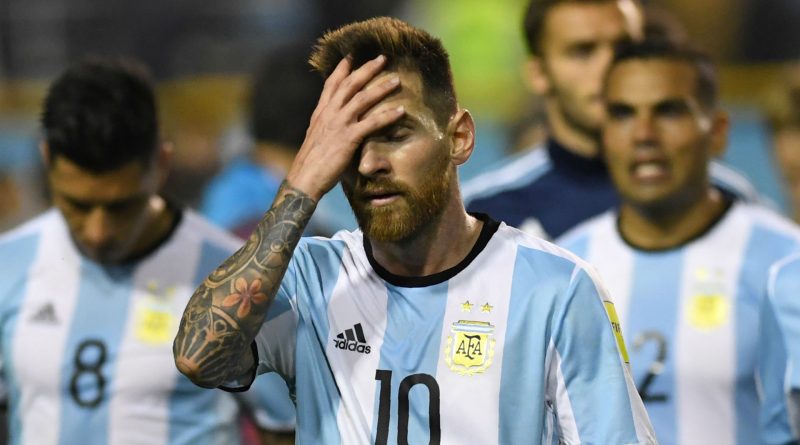 Argentina and Barcelona superstar Lionel Messi will not feature when Argentina and Nigeria step out on Tuesday, November 14 for the pre-World Cup friendly billed to hold at the Krasnodar Stadium, Krasnodar, Extrasportsnigeria.com reports.

A report by Ole Argentina, the manager of the two-time world champions Jorge Sampaoli has opted not to field Messi against the Super Eagles. The world star will however feature against World Cup hosts Russia at the Luzhniki Stadium, Moscow on November 11.

This same scenario emerged in Argentina’s last international friendlies against Brazil (June 9) and Singapore (June 13), when Messi went the distance against the Brazilians but was omitted from the match day squad against the Asians. Perhaps he may face Nigeria at the World Cup if the December draw fixes both countries in the same group as it was with the 1994, 2002, 2010 and 2014 World Cups.

Messi has faced the Nigerian national teams five times in the past at different levels and has scored six goals, including four against the Nigerian seniors.

On Tuesday, VfB Stuttgart left-back Emiliano Insúa was handed a late call-up as replacement for the injured AC Milan star Lucas Biglia, who suffered from an inflammation in the patellar tendon of his left knee.