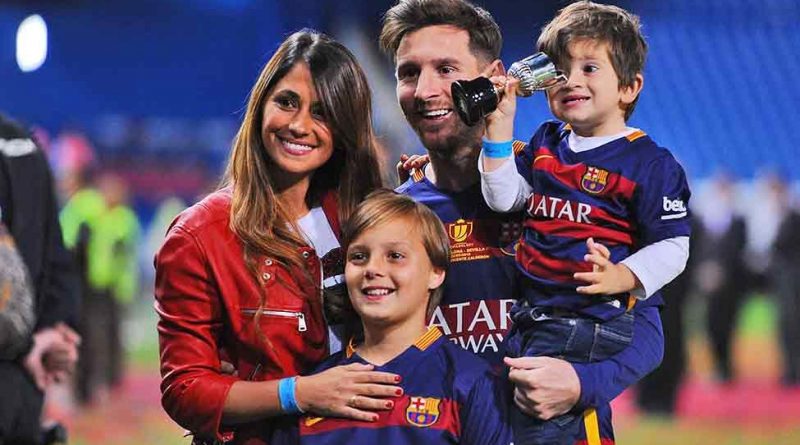 Barcelona Striker, Lionel Messi is set to seal a romantic contract when he marries his fiancée of 10 years, Antonella Roccuzzo on 30th June. The wedding is scheduled for their native Argentina.

The Argentine international will tie the knot in the Cathedral in the couple’s hometown of Rosario in north-eastern Argentina. The wedding banquet will be in Arroyo Seco, a quiet neighbourhood on the outskirts of the city.

Messi and Antonella have been together for almost a decade and they will marry just a few days after the forward celebrates his 30th birthday on 24 June. They will also have a second ceremony in for 600 guests at the ‘9 reinas’ restaurant in Barcelona, according to reports by mundodeportivo.com.

The newspaper said that the couple’s two boys, Thiago and Mateo, will play a key role in the wedding. Roccuzzo was said to be very attentive to the designs presented at the Bridal Fashion Week in Barcelona, which held between April 25 and 31 April. The Argentine was a guest of honour in the parade of Rosa Clara, which produces stunning bridal gowns and cocktail dresses in Barcelona.

According to Mundodeportivo.com, everything seems to indicate that the designer will dress Messi’s wife. Lionel Andre Messi who is 1.7m tall is one of the highest paid players in the world grossing an annual income of 40 million euros. After he was born, Messi was diagnosed with a growth hormone deficiency as a child. At age 13, he relocated to Spain to join Barcelona, who agreed to pay for his medical treatment.

After a fast progression through Barcelona’s youth academy, Messi made his competitive debut aged 17 in October 2004. Despite being injury-prone during his early career, he established himself as an integral player for the club within the next three years, finishing 2007 as a finalist for both the Ballon d’Or and FIFA World Player of the Year award, a feat he repeated the following year. His first uninterrupted campaign came in the 2008–09 season, during which he helped Barcelona achieve the first treble in Spanish football.

At 22 years old, Messi won the Ballon d’Or and FIFA World Player of the Year award by record voting margins.