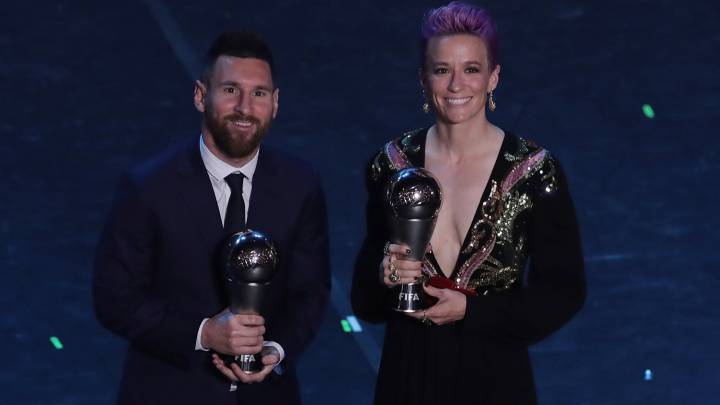 The 32-year-old Argentine helped Barcelona win La Liga and reach the semi-finals of the Champions League.

Liverpool manager Jurgen Klopp was named men’s coach of the year after a season in which they beat Tottenham 2-0 to lift the Champions League.

Klopp was nominated for the award along with two other Premier League bosses – Manchester City’s Pep Guardiola and Tottenham’s Mauricio Pochettino.

“It is great, nobody expected this 20, 10, five, four years ago that I would be standing here,” said Klopp.

“We know what an incredible job you (Mauricio Pochettino) did and what Pep did. I have to say thank you to my outstanding club Liverpool FC.”

Liverpool goalkeeper Alisson was also a winner as he took the best goalkeeper prize ahead of Manchester City’s Ederson and Barcelona’s Marc-Andre ter Stegen.