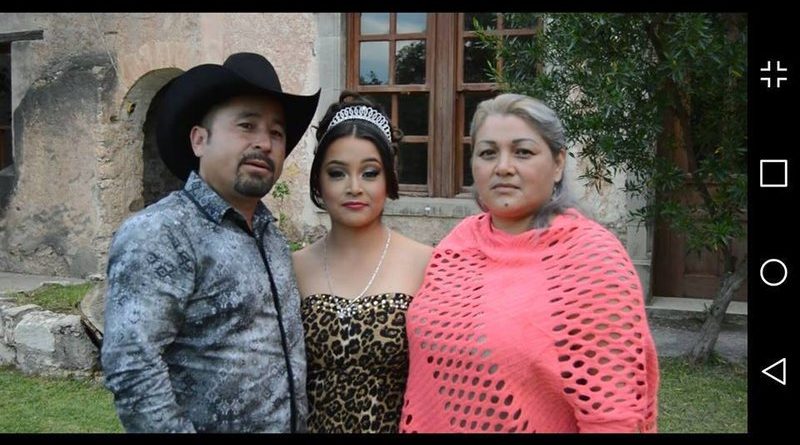 Rubi, a small-town Mexican teen, was expecting more than a million guests at her 15th birthday party Monday after her parents’ video invitation to the milestone event went viral online, according to an AFP report.

Girls’ 15th birthday parties are often a huge deal in Latin America, where families traditionally pull out all the stops to welcome them to womanhood.

But Rubi’s “quinceanera” party could take the phenomenon to a whole new level, after the invite became an offbeat internet sensation.

“Hi, how’s it going? We would like to invite you this December 26 to our daughter Rubi Ibarra Garcia’s 15th birthday party in La Joya,” her dad, Crescencio, says in the video.

Dressed in a cowboy hat typical of northern Mexico, he ticks off the names of the bands that will play at the party and announces a horse race with a 10,000-peso prize (about $500), as his wife and the now-famous Rubi stand at his side.

“Everyone” is invited, he says.

Now it is time for the family to deliver: 1.3 million Facebook users have replied they will attend.

It promises to be a massive affair for La Joya, a village of 200 people near the city of San Luis Potosi.

“This all got out of control,” Crescencio said in one of the many media interviews he has since been asked to give.

“That doesn’t mean we didn’t want to invite everyone, of course, but here our parties are regional… This is something we weren’t expecting.”

Rubi has fielded numerous interview requests herself, becoming something of a national sensation with her dark hair, cute smile and braces.

An airline has meanwhile turned the commotion into free publicity, offering discount tickets to get to the party. And a video game has emerged in which a teenage girl runs down a red carpet, tossing invitations to all and sundry.

The family say they were originally expecting around 800 people for the party. Local authorities have since decided to move it to a large open field and send a security detail for what Mexican media are calling “the party of the year.”

Not everyone in Mexico finds it amusing, though.

“This has taken on completely scandalous proportions,” said Mercedes Poire, head of the Centre for Public Opinion at the Universidad Del Valle de Mexico.

“We face the gigantic risk of falling into a society of the absurd.”