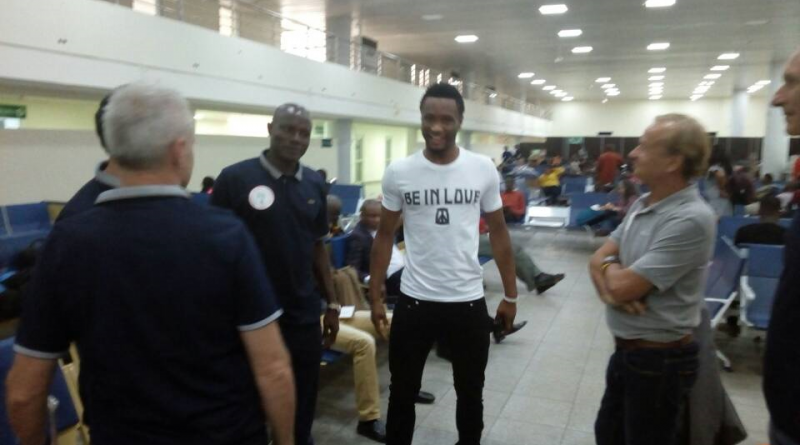 Super Eagles captain Mikel Obi has expressed his joy at joining his teammates in Uyo, in South-South Nigeria ahead of the 2018 FIFA World Cup in Russia, Extrasportsnigeria.com reports.

The China based midfielder arrived at the Eagles’ Ibom Hotels and Golf Resort in Uyo on Thursday, bringing the number of players in camp to 29 with the exception of Chelsea wingback, Victor Moses.

Mikel gave his view via Twitter on arrival in Uyo said he was happy playing alongside the current Eagles squad and also featuring at the World Cup.

He wrote, “I am happy to be here. It is a huge privilege to play with this team and represent Nigeria at the World Cup.”

But while Mikel has settled into the country, Victor Moses will not join the Eagles in Uyo for Nigeria’s friendly against the Democratic Republic of Congo in Port Harcourt on Monday.

The Nigeria Football Federation confirmed on Thursday via a tweet that the player will join the squad in London ahead of their friendly against England at the Wembley Stadium on June 2. No explanation was given for Moses getting a different camping schedule.

The players are expected to move over to Port Harcourt by the weekend ahead of the match on Monday.