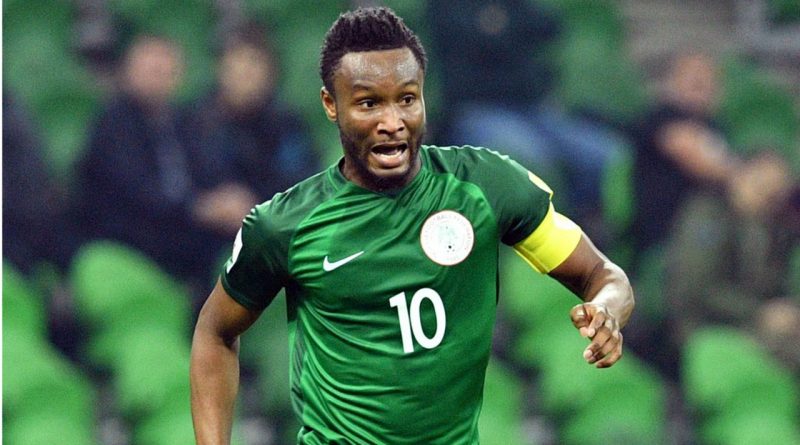 Nigeria captain Mikel Obi has spoken of his deep appreciation to public and particularly the Nigeria police following the rescue of his father from the den of kidnappers on Monday, Extrasportsnigeria.com reports.

He wrote on Tuesday: “I would like to thank the police authorities involved in ensuring the safe return of my father after the ordeal this week. I will also like to thank everyone for their kind words of support. He is now recuperating with family.

“My family and I are grateful.”

On Monday the Nigeria Police confirmed that Pa Michael Obi, father of Mikel Obi, had been rescued and adding that elderly citizen expressed gratitude to the police team “for a job well done” moments after he was rescued from his abductors on Monday.

The Command’s Spokesperson, Ebere Amaraizu, a superintendent of police, announced the rescue and the details of the abductions in a statement.

While millions of Nigerians were looking forward to the Eagles qualification over Argentina on June 26 in Russia, Mikel was carrying a heavy heart after kidnappers of his father had called to demand N10m as ransom for his father.

He said he had to carry on with the burden of 180 million Nigerians to play in the 2-1 loss at Saint Petersburg.

The Nigerian Police announced on Monday that it had been able to rescue Pa Micheal Obi from his abductors and had since returned home to reunite with his family.

Afterwards Mikel would say through his publicist, “Following various speculations about recent occurrence with my father, I can confirm I had to suppress emotional trauma to lead Nigeria out against Argentina last Tuesday 26th June in Saint Petersburg.

“Four hours before kickoff, I received a call from Nigeria that my father Pa Michael Obi had been kidnapped for the second time while he was on his way to a funeral in South-eastern Nigeria from Jos when he was abducted along the Makurdi-Enugu expressway.

“I was emotionally distraught but had to make a decision about whether l was mentally ready to play the game.

“I was confused and did not know what to do, but in the end I knew that I could not let 180 million Nigerians down, I had to shut it out of my head and go and represent my country first.

“I could not even inform the coaches or NFF staff, and only a very tight circle of my friends knew.

“I was told that they would shoot my dad instantly if I reported to the authorities or told anybody and I did not want to discuss it with the coach because it may become a distraction to the coach or the rest of the team on the day of such an important game.

“So as much as I wanted to discuss it with the coach, I could not do it. Thankfully he is now safely released less than seven hours ago (Monday afternoon) I thank the Police authorities for their rescue efforts and support from friends and family members.”

It was the second time that Pa Obi would be abducted as he had been kidnapped in 2011 within Jos metropolis in the northern region of Nigeria.

It can also recalled that the Eagles captain was close to tears in a post match interview with the tournament’s official television as he wiped his face continually and was not coherent during the short interview. Most observers would have thought the player was only reacting to the disappointment of the team not being able to hold on to the game advantage with less than four minutes left to play.