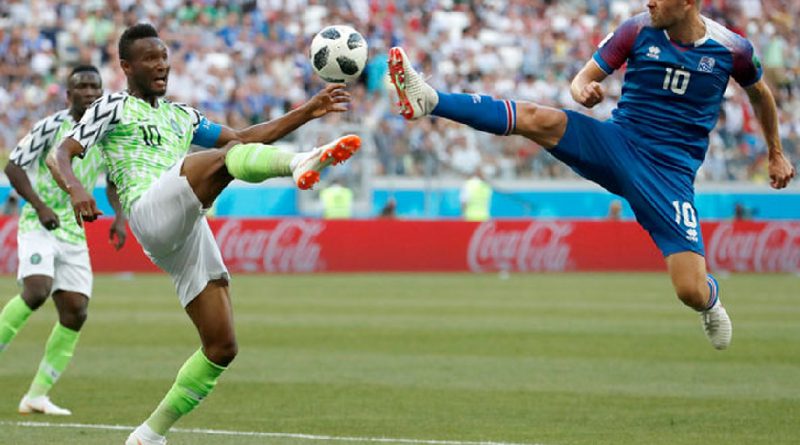 Nigeria coach Gernot Rohr has assured Super Eagles fans that Mikel Obi should be wel and very fit for the next game against rivals Argentina, Extrasportsnigeria.com reports.

Rohr told reporters in Russia that he is very confident that his captain would recover in time for next Tuesday’s final group game given the nature of the injury sustained by the midfielder.

Mikel sustained an injury during the Super Eagles 2-0 win over Iceland at the Volgograd Arena on Friday in a Group D match. He bent over in pains on the pitch and struggled to walk to the sidelines.

Rohr told journalists, “Mikel got a knock on a stiff part of his body and that caused him great pains. He was already quite tired when that occurred because it was in the second half and he had run around a lot defending and playing the new role.

“But I don’t think it is much of an issue with Mikel Obi; he should recover in time like the other players for the next game.”

The Eagles are expected to arrive in St Petersburg on Sunday ahead of the game against the former World Champions. A draw may see the Eagles through but Argentina needs an outright win to scale through.