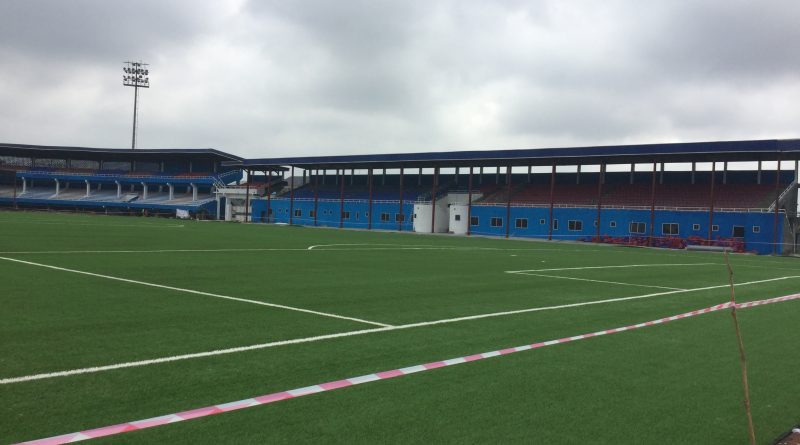 The Chief Executive Officer of Monimichelle, the Nigerian firm that recently re-grassed the Enyimba Stadium, Ebi Egbe says his outfit is ready to partner the nation’s sports ministry and Nigeria Football Federation (NFF) in its mission to eradicate bad pitches in the country, Extrasportsnigeria.com.

Egbe said on Monday that at 58, Nigeria should boast of what he called “High Definition pitches.”

Egbe who is still basking in the euphoria of the avalanche of commendations his firm received for doing a good job in Aba said he would want to see more Nigerian stadiums having world class playing turf. He said to achieve this Monimichelle is ready to partner both the sports ministry, NFF and other organisations.

He said, “People have seen what we can do. The pitches in Aba and Yenagoa are the latest we have done in the country. As I have always said, the mission of Monimichelle as a company is to eradicate bad pitches not just in Nigeria but Africa. What we have in Aba and Yenagoa right now is the latest technology when it comes to geo tech pitch approved by FIFA. It is a pitch with superb ball behaviour and it looks like natural grass because it is a properly manicured artificial turf with coconut fibre and cock. In Monimichelle, we don’t touch rubber which is dangerous to the health of the players.”

Egbe then added: “We are urging the sports ministry and NFF to do something about the two national stadiums in Lagos and Abuja which are right now without playable pitches. The Super Eagles shouldn’t be a team without a home. We are ready to partner them to bring this to an end. If Abia and Bayelsa state governments can do what they have done why won’t the federal government do the same for Eagles and stop this search every now and then for where Nigeria would play her home games.”

Egbe stressed that the problem of bad pitches is the biggest challenge facing Nigerian and African football and not even the administrative problems.

“We don’t have good pitches in Nigeria and Africa. Only few countries like South Africa and North African countries boast of good pitches. This is the biggest problem facing Nigerian and African football and Monimichelle has got the right technology to solve the problem,” Egbe said.