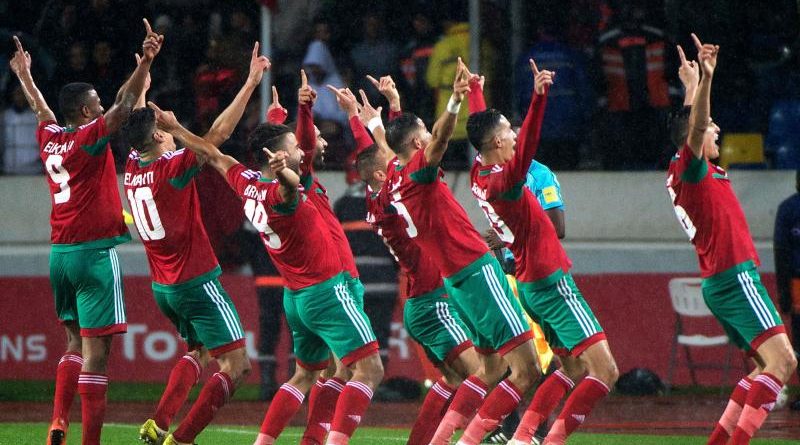 Hosts Morocco practically fired from all cylinders to beat Nigeria 4-0 and win the African Nations Championship title in Casablanca on Sunday.

The result ensured Morocco became the first nation to win both senior men’s titles in the African continent, following from their triumph in the AFCON in Ethiopia 42 years ago. The Atlas Lions also became the fourth winners of the CHAN, joining DR Congo, Tunisia and Libya on the honours board.

Coach Salisu Yusuf started Peter Eneji instead of Anthony Okpotu, with the strategy of two wingers who could also do damage at the fore. But Eneji, playing his first match of the tournament, bagged his second yellow card only three minutes into the second half, leaving the Eagles disadvantaged under pouring rain and at the mercy of an Atlas Lions’ attack that had netted 12 goals in their previous five matches in the competition.

A slick move put Abdeljalil Jbira free down the left flank, his pullback from the by-line picked out Zakaria Hadraf and the winger fired a low shot into the back of the net, beating goalkeeper Dele Ajiboye low to his right.

Things went from bad to worse for the Super Eagles when Peter Moses, who was already on a yellow card, scythed down Mohamed Nahiri early in the second half and was sent off for a second caution.

Two goals down and a man less, and a wet turf to deal with, the Eagles truly struggled.

Hadraf added his second a few minutes later from the hour mark to make it 3-0.

El Kaabi, who had rocked Ajiboye’s crossbar and upright with acrobatic cycle kicks in the 15th and 62nd minute, scored his ninth goal of the tournament as the Eagles’ defence crumbled again in the 73rd minute. He was named Player of the Tournament and also became the championship’s record scorer.

At the end, Nigeria celebrated a best-ever performance at the African Nations Championship, picking up the silver medals and the runners-up prize money of $750,000 – better than the bronze medal outing in South Africa four years ago.