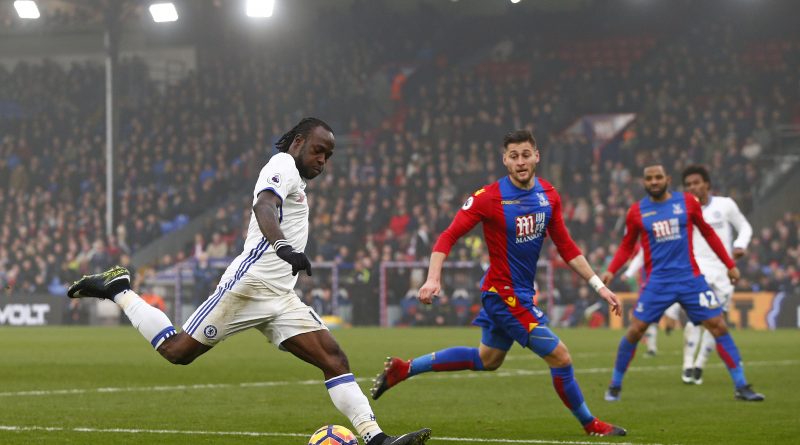 Pius Ayinor
Nigeria forward, Victor Moses confirmed Sunday night he was on his way to Nigeria for the crucial World Cup qualifying match game against Cameroon, Extrasportsnigeria.com reports. He confirmed his availability for the match when he announced his travel plans via Twitter and Instagram.
He wrote, “Off to join up with Nigeria for international duty after a massive three points today.”
The Super Eagles camp for the match billed for Friday opens Monday morning in Uyo. Many of the players are expected to arrive in Nigeria on Monday.
The Chelsea wingback has not featured for the Eagles in 2017, having pulled out of the international friendly against Senegal in March in London and June’s AFCON qualifier against South Africa. His absence was attributed to injury on both occasions.
Moses was in action for most part of the game on Sunday as two first-half goals from Cesc Fabregas and Alvaro Morata earned Chelsea a 2-0 victory over Everton at Stamford Bridge.
The result means Chelsea go into the international break on the back of two straight victories, after losing their opening-day game at home to Burnley.