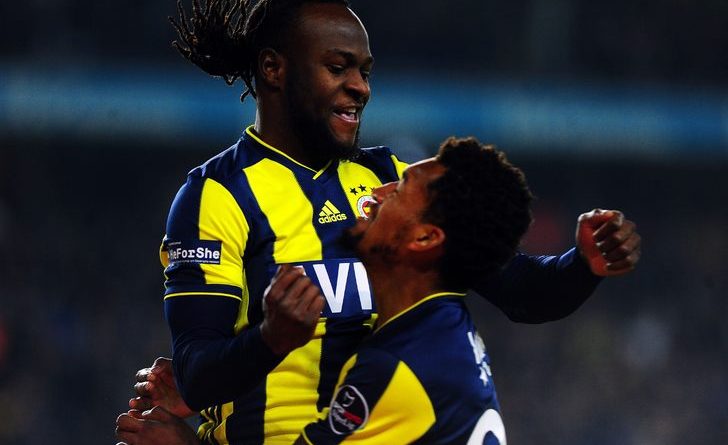 Victor Moses has been included in the Europa League squad of Fenerbahce and will play with the number 8 jersey.

Fenerbahce are among the 32 teams that have submitted their updated squad lists to UEFA for the knockout rounds following the close of the January transfer window.

The former Nigeria international was registered on List A as a non-locally trained player because he has spent his entire career with English clubs before switching to the Turkish side in January.

Although Moses had played two games for Chelsea against Vidi and BATE Borisov in the group stage of the Europa League, clubs can register a maximum of three new players for the knockout rounds.

Moses scored on his debut for struggling Fenerbahe, in their 2-0 win over Goztepe on Friday. The Nigerian came on for Ghanaian’s Andre Ayew, scorer of the first goal, in the 64th minute and sealed the win nine minutes later with his first strike in Turkish football.