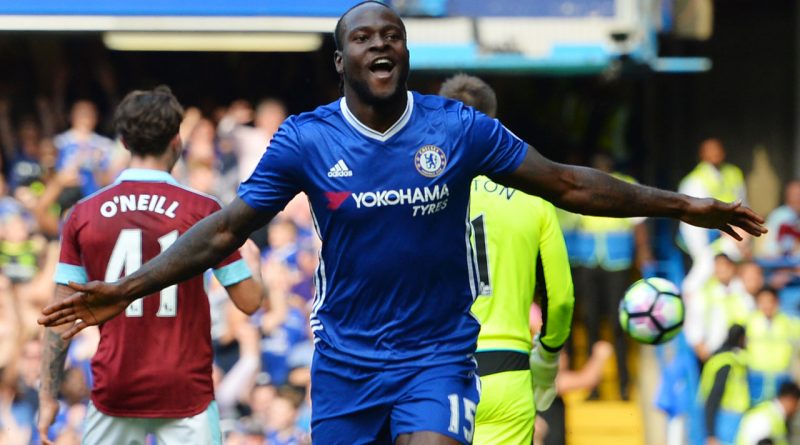 The Italian in an interview with the Chelsea website said he was excited to see the hunger in the Nigerian to excel going by the contributions to the Stamford Bridge team this season, reports Extrasportsnigeria.com.

He said, “If you asked me before the change if I imagined him (Moses) in this new position, I would say no, because we started to try to play with the 4-2-4 and I always saw him as a winger, very good one-v-one but a bit poor defensively.

“When I decided to change the system, I wanted to try him in this role, to work with him in a different situation, and he showed me great commitment to understand and to study the new role, above all in defensive situations.

“Now we have a complete player, offensively and defensively.

“I spoke with him during pre-season, when we stayed in America, and told him he will stay with us. Victor was very, very happy when I told him he would stay. He said to me ‘I am ready to stay here, to fight for the club; I need to have my chance to show that I deserve to play with Chelsea.’

“It happened and we are very happy for this because he’s showing he’s a good player.

“I’m happy to have this type of player. I knew him before, but to see him in person is very important to judge a player. He deserved to stay with us this season but also now he deserves to play.”

The Super Eagles attacker has excelled this season for Chelsea despite being deployed as a wing-back by Conte since October last year. He had been loaned out back-to-back after join the team from Wigan Athletic.

He is expected to star for the team once again on Monday night when they face fellow Londoners West Ham in a Premier League clash away from home. ­