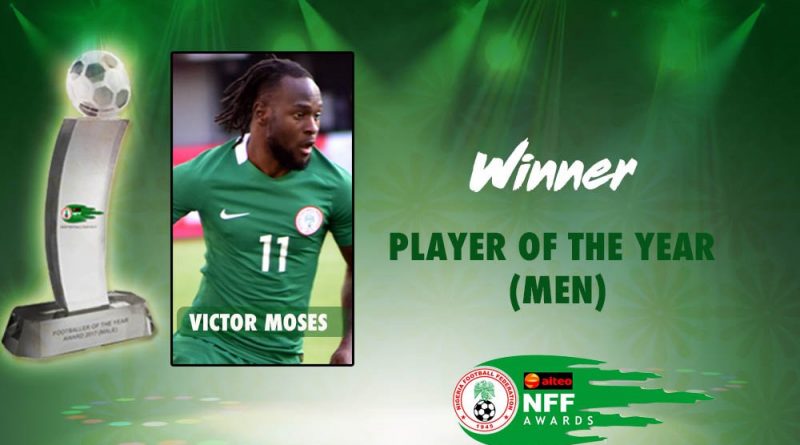 Chelsea wing-back Victor Moses late on Monday emerged as the first Aiteo/NFF Awards Player of the Year winner in an event held in Lagos.

The attacker got the coveted award ahead of his Super Eagles’ teammate Wilfred Ndidi and Lobi Stars forward Anthony Okpotu.

There slight technical mix up in the Goal of the Year award however when it cleared MFM’s Sikiru Olatunbosun won it while Remo Stars won the Fair Play award. The Development award was given to Channels Sports for their contribution to the development of the game at the grassroots.

The Platinum award was presented to FIFA President Gianni Infantino.