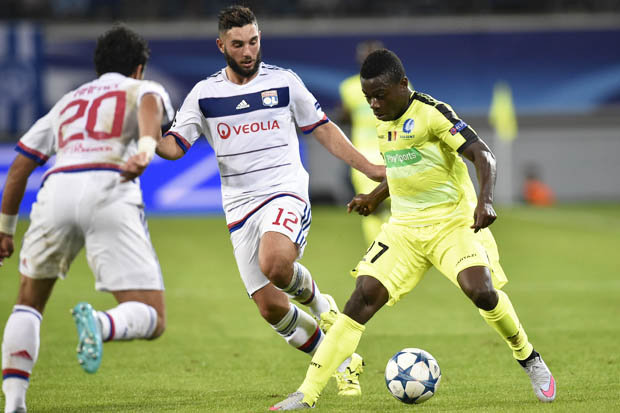 Nigeria’s Moses Simon and Anderson Esiti featured from the start of the match. Esiti would go on to play the entire game while Simon was replaced with 16 minutes left to play by another Nigerian, Samuel Kalu.

The only goal of the game came just before the hour mark when French striker Jeremy Perbet scored at the second attempt from a Danijel Milicevic cutback, as Gent coach Hein Vanhaezebrouck celebrated his 53rd birthday.

Tottenham goalkeeper Hugo Lloris pushed a Milicevic shot onto the post while Harry Kane had earlier struck an upright at the other end.

It turned out a full disappointing performance from Mauricio Pochettino’s side, who must now look to turn the tie around in next week’s return at Wembley if they are to avoid being eliminated from a second European competition in barely two months.

Spurs, who are third in the Premier League, were knocked out of the Champions League in the group stage.

“The first half was even, and then in the second half we changed our formation and tried to find a solution to play better but then that is when we conceded the goal,” Pochettino told BT Sport.

“I am disappointed yes because we had a lot of opportunities before we conceded, but the tie is open.”

Tottenham struggled to adapt to playing ‘home’ games at Wembley in the Champions League, losing to Monaco and Bayer Leverkusen there.

“This is a fantastic opportunity for us to demonstrate to ourselves that we can win at Wembley and be ready for next season,” when they will play all home matches there, Pochettino added.

There were also wins for Krasnodar, Rostov, Shakhtar Donetsk and FC Copenhagen.