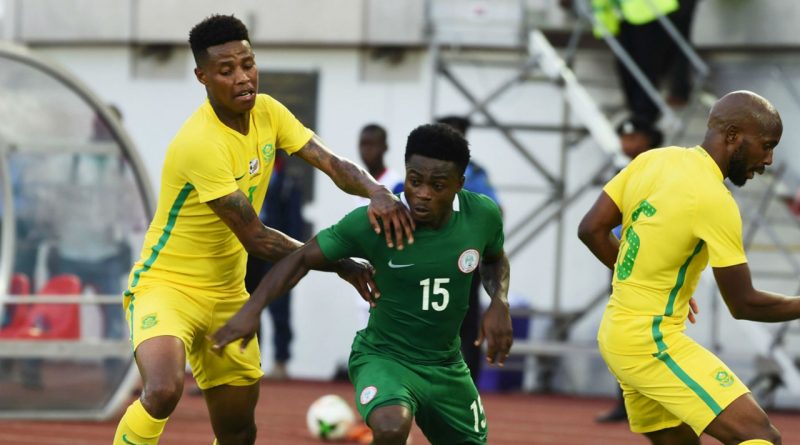 Super Eagles had their training session on Sunday evening ahead of the friendly against Democratic Republic of Congo in Port Harcourt, with sad news on Moses Simon.

Sunday training session was held at the Shell Ground in Port Harcourt.

Gent winger Simon watched his teammates from the sidelines as Gernot Rohr announced that the result of the scan on the player’s injury was not looking good and hinted it may be the end of the drive to Russia 2018 for the player.

As a start off he will not feature in Monday’s friendly DR Congo and the game against England on June 2.

Rohr said, “It is unfortunate Moses Simon will not be travelling with the team on Tuesday because he is down with an injury. The nature of his injury is such that he won’t be recovering quickly enough.”

Camp news on Sunday suggested that the player has been ruled out leaving the 28 players in camp and Victor Eagles in London to battle for the spots.

Wilfred Ndidi again trained alone for the fifth successive day but exercised with the team at the start of the session.”

Ndidi may play against England on June 2 we have learnt.