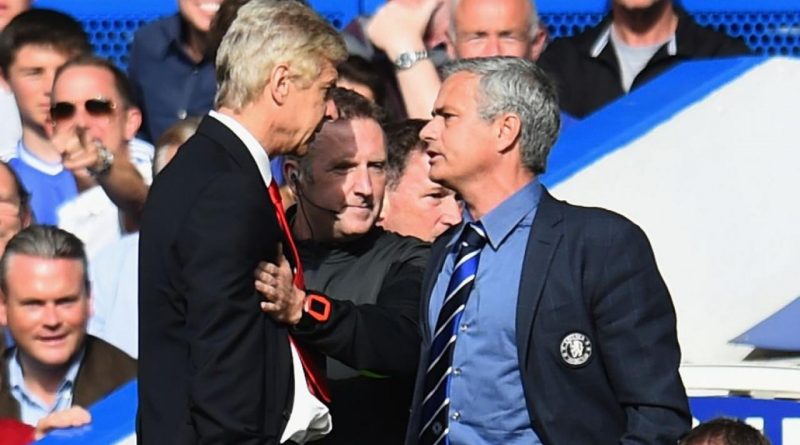 Manchester United manager Jose Mourinho has nothing but kind remarks for his Arsenal rival Arsene Wenger who announced earlier on Friday that he will quit his role at the end of the season after managing the Gunners for over two decades.

Pep Guardiola also paid his tribute following the Frenchman’s decision to step down as Arsenal manager at the end of the season. The 68-year-old has called time on his 22-year reign with the Gunners, despite still having a year remaining on his contract.

Wenger will leave Arsenal having won three Premier League titles and seven FA Cups, while he has the chance to also win the Europa League as the Gunners face Atletico Madrid in the first leg on their semi-final tie next week. The Frenchman is yet to make an announcement over his future once he leaves Arsenal, but Guardiola hopes that he remains in football.

“All my respect for what he has done,” said Guardiola.

Mourinho and Wenger have clashed several times in the past and the Portuguese once referred to the Frenchman as a voyeur and a specialist in failure.

The two also had a shoving match in the Stamford Bridge technical area in October 2014 during Mourinho’s time with Chelsea.

Asked by reporters during his pre-match press conference on Friday ahead of the FA Cup semi-final against Tottenham if he regretted any of his conduct towards Wenger, Mourinho said, “It’s not about regretting, I think your question is a typical question from somebody that was not in this side, you were not a manager, a player, of course you don’t know the way we respect each other even when sometimes it doesn’t look like we don’t, players that get yellow cards and red cards by aggressive actions against each other, bad words during the career, the manager is the same thing but the ones that respect more each other are the ones with the problems.

“It’s power and ambition and quality against each other but in the end it’s people from the same business and respect each others’ careers, so it happened, what matters for me is the way I respect the person, the professional, the career and I always say that for some the memory is short.

“I know what it means, three Premier League titles and seven FA Cups, what he did in Japan and France, what he brought to French football and what he gave to Arsenal in the period without PLs, the transition from stadium to stadium, we know what he did.

“If he’s happy with the decision, I’m really happy and I hope he doesn’t retire from football.”

Guardiola added, “The Premier League is about huge personalities like Arsene. It is because of what he has done – his vision, his respect for football.

“I wish him all the best in the future. I hope he can be involved in world football in a different way with his experience – Arsenal, UEFA, FIFA… I don’t know. It was a pleasure to compete against him here and at Barcelona and Bayern Munich.”