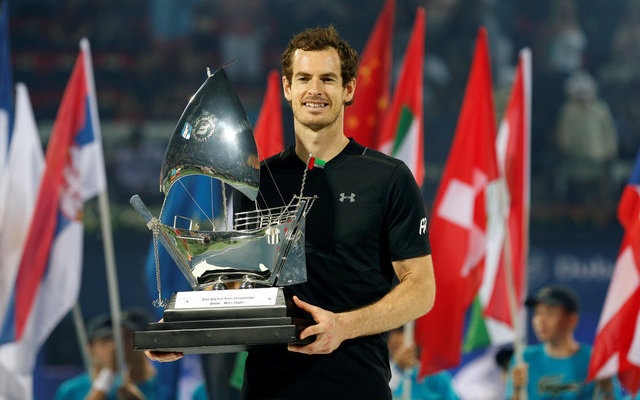 Andy Murray defeated Fernando Verdasco 6-3 6-2 to win his first title of the season, claiming the 45th trophy of his career at the Dubai Tennis Championship.

The world No.1 solidified a dominant record over Verdasco on Saturday, with the head-to-head record between the pair standing 13-1 in his favour. Top seed Murray claimed victory in 73 minutes in a match which began with three straight breaks of serve before the favourite took the opening set thanks to a break in the eighth game for 5-3. The Scot was unstoppable in the second set, riding the momentum of a 2-1 break in the second set to earn the win, his 12th of the season, according Tennismash report.

It was Murray’s second final of 2017 after Doha at the start of January, where he lost to Novak Djokovic. The Scot remains on a run of form after a sensational finish to 2016 which sent him to the top of the world rankings for the first time. The first Briton to win the Gulf title – on its 25th anniversary – was playing in a seventh final from his last eight tournaments and 14th final in his last 16.

“It’s obviously nice to finally win here,” Murray said. “It feels great to take the trophy for the first time. I played a good match today. “I had a bit of a slow start, but we’ve had a lot of late nights this week and with drizzle delaying things. But once I got going, I was moving well and finished strong.”

Verdasco was proud of his effort despite the loss “I have to be happy for the week I had, I lost to the number one in the world,” he said. “When you are in a final, you know you are still playing your best tennis. “I didn’t find my rhythm today, but Andy didn’t help me either. I want to be happy with this week, I’m happy with how I’ve been playing. I hope to take this form into Indian Wells.”