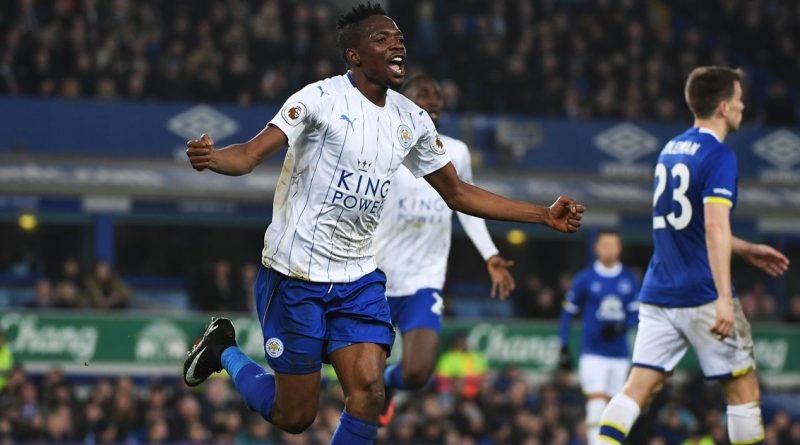 Nigeria forward Ahmed Musa was the super sub of the day with his brace as Leicester City secured a 2-1 comeback win against Everton at Goodison Park in the third round of the FA Cup on Saturday. Musa new Nigerian teammate Wilfred Ndidi made his debut for Leicester and featured for 90 minutes in the game and earned praises from his Italian manager Claudio Ranieri.

Musa’s two goals take his tally to four in all competitions this season.

On Musa, the coach said, “Musa was excellent. I’ve watched him recently and think he is starting to understand English football better.”

He then added, “Ndidi only trained two days with us, but he showed strong character and personality. A great performance.”

It was Ndidi’s debut for Leicester City after joining them barely 48 hours from Belgium..

Romelu Lukaku had given Everton the lead on 64 minutes but Musa, who replaced Leonardo Ulloa on 35 minutes, equalised for Leicester on 66th minute after reacting quickest to his initial effort which had come off the post.

In the 71st minute the Nigeria winger doubled Leicester lead after a brilliant one-two with Danny Drinkwater before hitting his shot into the corner.

At another venue, Super Eagles goalkeeper Carl Ikeme was in superb form at the 365bet Stadium, as he made key saves to help Wolverhampton Wanderers beat Stoke City 2-0. Goals from Gelder Costa and Matt Doherty in the 29th and 80th minute sealed the win for Wolves.

And at Vicarage Road the goal-wait continued for Eagles forward Odion Ighalo who was on for 90 minutes but didn’t score in Watford’s 2-0 against Burton Albion.