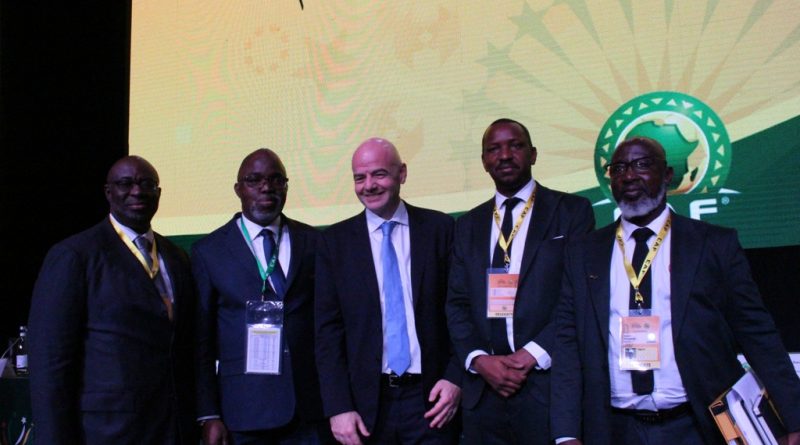 The positive ripple effects of NFF President Amaju Melvin Pinnick’s election into the CAF Executive Committee 10 months ago continued on Friday with further key appointments of Nigerians into CAF.

Barrister A. U. Mustapha, a Senior Advocate of Nigeria (SAN), was appointed President of the CAF Board of Appeal, while CAF Assistant General Coordinator and organizer of the COPA Lagos Invitational Beach Soccer Tournament, Samson Adamu, was appointed CAF’s Director of Competitions.

The appointments were announced at the 40th CAF General Assembly in Casablanca, Morocco.

“As a Federation, we are very proud that these appointments are coming during our tenure. The NFF President explained to us his vision for going all out for the CAF Executive Committee seat, and that was why we gave him all the support. I believe that other people can now see that vision.

“With just 10 months into his tenure on the CAF Executive Committee, so many Nigerians have been appointed into either FIFA or CAF committees or offices. I am aware that there are more appointments coming for Nigerians,” Barr. Seyi Akinwunmi, NFF First Vice President, told thenff.com on Friday.

Apart from being in the CAF Executive Committee, Pinnick is also one of the strongest seven persons in CAF, being a Member of the Emergency Committee. He is also President of the Organizing Committee for the Africa Cup of Nations.

Apart from the harvests at CAF level, Pinnick’s warm relationship with the FIFA top echelon has earned Nigeria rich rewards.

The NFF President himself is a member of the Organizing Committee for FIFA Competitions – one of the most influential panels of the world football-ruling body.

A smiling Pinnick said on Friday: “I am delighted at the influx of Nigerians into CAF and FIFA. We are working hard to get even more people into the two organizations. We should thank God for the strides that He has made possible for Nigerian Football in the past few months.”