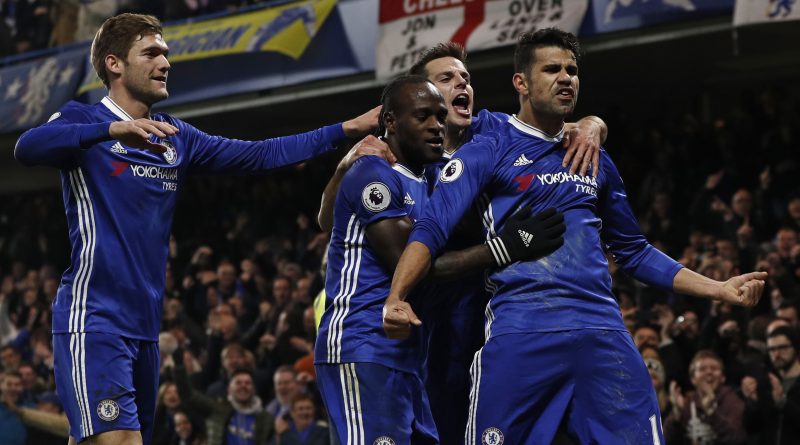 Nigeria and Chelsea wing-back Victor Moses has repeated his eyes is on the trophy and will not be paying special attention to Alexis Sanchez in the FA Cup final on Saturday.

Moses, who plays as right wing-back for the Stamford Bridge team could be the one marking the brilliant Chilean in the Wembley final if the managers stick to their traditional plans.

“I haven’t got a plan to stop him, he’s had a great season, he’s done well for Arsenal, but whether he’s injured or not we’re just going to play football,” Moses told reporters.

“They’re going to want revenge, but we don’t feel any pressure. If Antonio Conte says Arsenal are the favourites, I don’t know, but we’ve got good players that can win us games.”

Chelsea manager Antonio Conte has claimed that his side will start the 136th English FA Cup final as the underdogs. Chelsea won the English Premier League title for the fifth time and finished 18 points ahead of Saturday’s opponents.

“In this aspect I can stay calm, it’s impossible for me to not trust my players after this season but during the 90 minutes we must forget we won the league and be concentrated on this target. We don’t know if in the future we will have another chance to win it,” Conte said during Friday’s press conference.

“We could start as underdogs because we won the league and we celebrated. It was right to enjoy the moment, but we face a team who lost the possibility to play in the Champions League and this is their only chance of saving the season.

“We must pay great attention but I trust a lot in my players, they’ve shown me all season they can reach a big target like the league. It will be a tough game for both teams but we are ready to fight, play a good game and try to win the trophy.

“All the players are available and I have to make the best decision for the team tomorrow.

“In this game I think we must focus on ourselves and be much focused,” he said. “It’s not important which players we will face. We must do what we know. If you start to think about a player missing it’s not important. Arsenal have a lot of top players.”