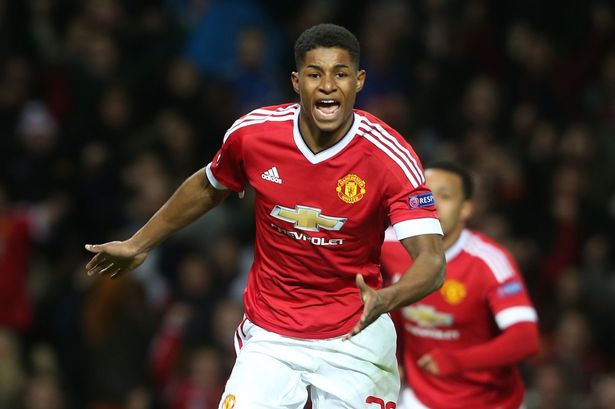 A millionaire teen is still a teenager; fame and status cannot not change that fact. Manchester United striker, Marcus Rashford has admitted that his mum still shouts him when he plays football in the house, even after his sudden rise to fame.

Rashford was thrust into national consciousness last season after saving Louis van Gaal and Manchester United from more embarrassment with two goals to turn around a 2-1 deficit against Midtjylland in the Europa League at Old Trafford.

The 19-year-old, however, is keeping himself grounded with the help of his mother, who still bears the frustration of him playing football indoors.

“Yeah, and my mum always shouts,” Rashford told the Telegraph, after admitting that he still breaks items in the house.

“But that’s what you do. It’s what you’ve always done. You want to play football all the time. Why change? One hundred percent I view myself as a street footballer.

“We used to play everywhere when I was kid. Parking lots over the road, the number of times we got told to come off the school field when the school wasn’t open.

“If we could we’d still do all those things, but it’s a bit more difficult now.

“We still go to a quiet field every now and then, though, but the opportunities are a little less.

“Even at home I’m always getting that urge to go out and play football. Playing with my brothers, in the garden, in the house, anywhere.”

Rashford will be looking to fire his side closer to a top-four finish in Thursday night’s Manchester derby when United visit the Etihad Stadium, where the teenager scored the only goal in the corresponding fixture last season.