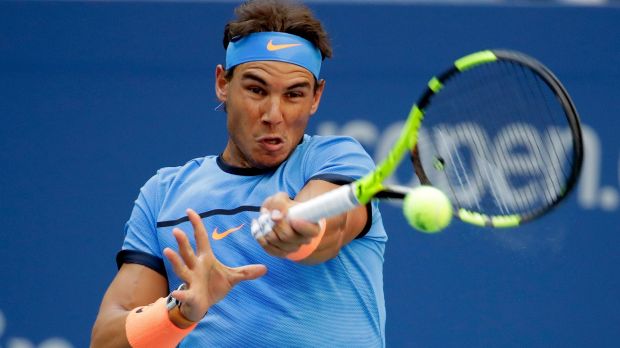 Former world number one and 14-time Grand Slam title winner Rafael Nadal believes he can still be a contender at the majors for another three years despite another injury-hit season.

The 30-year-old Spaniard, now ranked at nine in the world, shut down his 2016 campaign in October having missed Wimbledon and been forced out of the French Open after two rounds with a wrist injury.

But he insists that he can still return to the heady days of his career which saw him capture a record nine Roland Garros titles.

“My idea is to stay here for a few more years and I feel enough motivation to be here. I believe that I can compete for important things in the next three years,” Nadal told AFP in Abu Dhabi where he is taking part in the Mubadala World Tennis Championship.

Nadal also believes that his long-standing knee problems are not as concerning as they once were.

“I feel healthy and that’s the most important thing. I feel that my knees are not suffering now and hopefully it will keep going like this,” he told The National newspaper

Nadal got his preparations for 2017 off to a solid start on Thursday by beating Tomas Berdych of the Czech Republic 6-0, 6-4 to make the semi-finals of the Abu Dhabi tournament.

He will face Canada’s Milos Raonic on Friday for a place in the final.