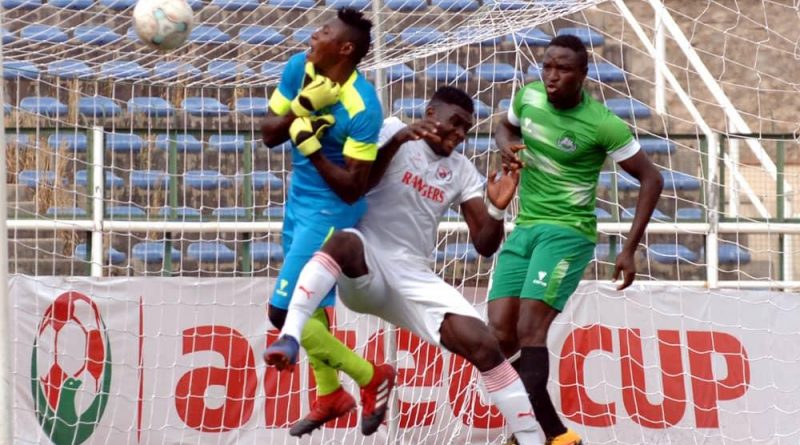 Enugu Rangers coach, Gbenga Ogunbote is quite excited that his team rose from the brink to beat Nasarawa United 4-2 in an Aiteo Cup semi final match played on Wednesday in Kano. Coach Gbenga Ogunbote admitted afterwards that his players were very well stretched by their opponents before they scaled through to the final.

Rangers fought back from a 2-0 trail to score four goals that ended the game at 4-2.

Ogunbote said, “This one is gone and we give God all the glory. We were completely stretched but I thank God we played a good game even when we were trailing by two goals.

“We created the chances but were unlucky not to have connected before they went two goals up. The final will be another game with a different approach as our target remains winning the title.”

In Lagos it was Katsina United who recovered from 2-0 to tie up at 2-2 against Kano Pillars. Pillars eventually won by 4-2 via a penalty shootout to set up quite a tantalising final game against Rangers. The final match of the Aiteo Cup has been slated for the Stephen Keshi Stadium in Asaba, Delta State on October 24.