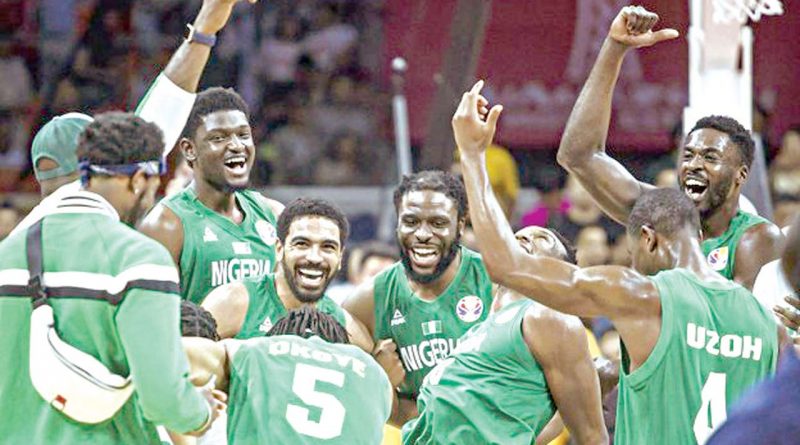 The Nigeria Basketball Federation has praised the selection of eight players of Nigerian descent in the 2020 NBA Draft, saying it portends a new dawn for the country’s basketball development.

The NBBF spoke just as D’Tigers begin their various individual trips to Rwanda where Nigeria will campaign in the 20021 Afrobasket qualifiers next week.

The federation’s vice president Babs Ogunade was scheduled to leave Lagos Friday for Kigali just as the players begin to also enter the city.

The NBA Draft development comes as good news for the country’s basketball faithful, as the NBBF prepare ahead of next year’s Olympic Games, with the men and women’s national teams – a first in Africa – competing at the global sports showpiece.

It’s the first time eight players of Nigerian descent would be selected for the draft.

Also, it’s the first time two players born in Nigeria – Achiuwa and Azubuike – would be selected in the first round.

NBBF vice president Babs Ogunade expressed delight at the selections, saying it would help boost the men’s national team at the 2020 Olympics.

“The Olympics camp is going to be very interesting,” Ogunade said.

What all these means is that Nigeria’s Men’s Basketball Team, D’Tigers, which already has an embarrassing array of talents to choose from, just got much stronger.

The NBBF announced recently that it would need about $4m for D’Tigers and D’Tigress to compete in Tokyo.

Precious Achiuwa said after the draft: “First I want to thank God. I want to thank God for putting me in this type of position where I’m playing for a great organization and able to represent not just myself but where I’m from, my whole country behind me, my whole city. And to play for an organization like the Heat is going to be amazing. I can’t wait to be able to get out there and compete with the rest of my teammates.”