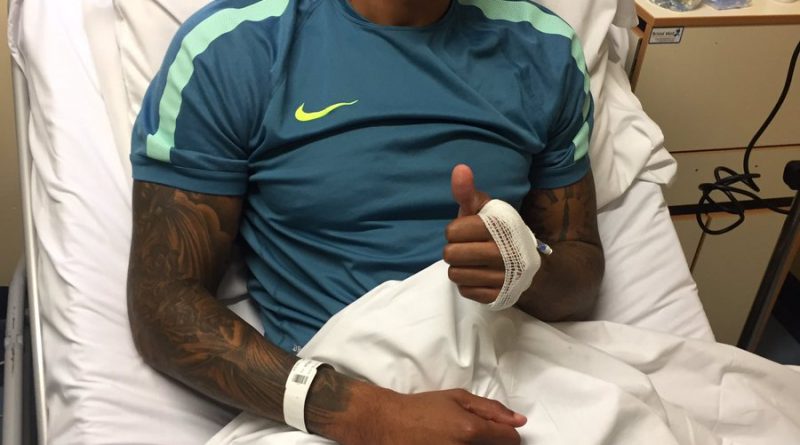 The newly elected President of the Nigeria Basketball Federation, Musa Ahmadu Kida, has made out a solidarity message for the Super Eagles goalkeeper Carl Ikeme who has been diagnosed with leukaemia. Kida is backing the shot stopper to recover and return fully to work.

Kida who spoke with Extrasportsnigeria.com, said what Ikeme needs now is support from Nigerians and friends across the world through prayers and goodwill message.

Kida said, “Any news that is not helpful to any federation in Nigeria touches us all and indeed this one on Ikeme touches not on Nigerians but truly across humanity. The world is still battling to have a permanent cure for cancer and so we are very emotionally when a loved one is hit by it.

“But I say this believing that Carl will come out of this stronger. We have seen some other people survive cancer and so we in the world of Nigeria basketball are backing him to come out well and return to very active life again. We join our hands with the NFF President, Amaju Pinnick and the other members of the Nigeria football family to wish Carl victory in this very crucial battle.”

On Thursday Wolves announced that goalkeeper Carl Ikeme is to begin chemotherapy after being diagnosed with acute leukaemia. The Championship club said Ikeme, 31, returned “abnormal blood tests” during pre-season testing and further checks confirmed the diagnosis.

Ikeme has been with Wolves for his entire career, making more than 200 appearances for Wanderers. Thirty-three of those came last season, having previously been in the team that won the League One title in 2013-14.

“It would be an understatement to say that everyone at Wolves has been shocked and saddened to hear the news of Carl’s diagnosis,” Wolves managing director Laurie Dalrymple said.

Pinnick was one those who sent early goodwill messages to the Nigerian. The Nigeria sports minister Solomon Dalung has also sent his message stating how devastated he was. Nigerian players and their colleagues from across the world have also sent goodwill thoughts on Ikeme. On Friday Manchester United goalkeeper David de Gea posted on his Twitter handle, “All goalkeepers and the football family are with you!”

Ikeme is responding positively to the get-well messages. On Monday he sent message via Twitter handle, “Thank you all for your kindness and love. The start of a new chapter and ready to give it my all.”

Kida who was elected the NBBF President on June 13 added that his federation would work strongly on their planned endowment fund essentially for Nigerians in the game of basketball.

“It was a part of my manifesto during the campaign to have such funds raised to cater for Nigerian players who run into difficulties in active days and into retirement. We had a painful case with Chris Oboejeme and since then I vowed to do this so that we can a form of collective insurance as you know money is always a big challenge especially in Nigeria when health issues arise.”

The new NBBF board will be inaugurated on July 21 alongside the other new boards.