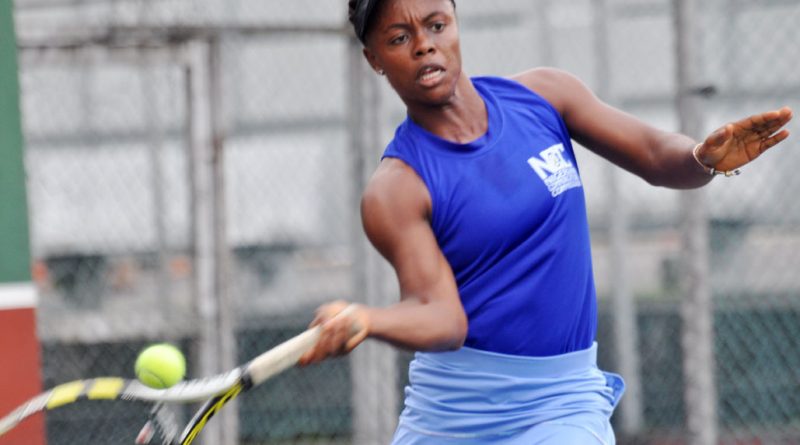 The NCC Tennis League will as usual take place in three cities this weekend. They are Port Harcourt, Lagos and Ilorin but all roads, for passionate tennis fans, will lead to the Port Harcourt Club where Blue Group leaders, Team Kalotari, host strong newcomers Team Muller.
Team Muller which had upset 2015 runners-up Team Civil Defence in the opening tie has lined up CBN Senior Open finalist Joseph Imeh, Emma Idoko, Mohammed Mohammed and top 10 women’s player, Ronke Akingbade for the Port Harcourt tie.
The Port Harcourt based team Kalotari which has not lost any match in their two round robin ties will feature Christian Paul, the most outstanding player in the 2015 edition, Emmanuel Sunday a top 10 player in the NCC ranking, Ikechukwu Iloputa and Blessing Samuel – a semi finalist in the last senior championship. The Port Harcourt tie will effectively decide who comes up top of the Blue Group
The elite VGC Sports Club in the Victoria Garden City in Lekki will also be taking top flight tennis to the Lagos suburb when the VGC Lions host the star-studded Civil Defence team which parades three national champions – Christie Agugbom, Babalola Abdulmumuni and Clifford Enosoregbe.
The Civil Defence team will, however, have to contend with the Abamu brothers, especially lead player Martins Abamu who has taken three top 10 players to final set deciders in this year’s campaign. Lovette Donatus, VGC Lions’ lead female player is not expected to turn the tables against national champion Agugbom.
The tie at the Kwara State stadium between hosts Team Optiweb and Team Oluyole of Ibadan is a contest of two evenly matched teams. Both teams are yet to record wins and would fancy their chances of emerging overall winners. The women’s singles match between defensive player Colleen Orji of Team Oluyole and the attacking Oluchi Ozurumba is expected to be one of the star matches of that tie.
Each tie will feature two men’s singles, one ladies’ singles and a men’s doubles on Saturday and two men’s singles and a mixed doubles on Sunday. Matches start at 10am at all the venues.
The NCC Tennis League is taking top flight tennis to 12 cities and it is offering a total prize money of N23 million.