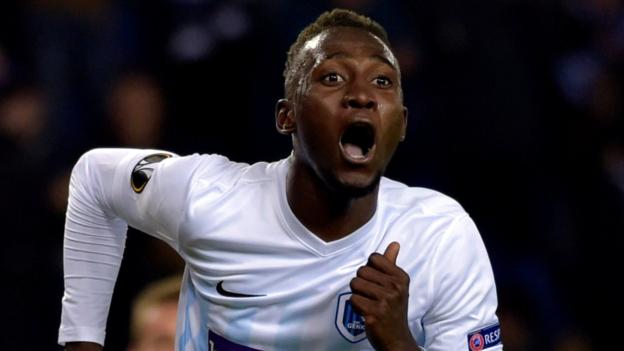 Jesus, 19, agreed to join City last year, but did not formally complete his transfer until earlier this month. The highly rated Brazil forward has made two City appearances to date and registered his first assist in Saturday’s 3-0 FA Cup win at Crystal Palace.

After being frozen out by Jose Mourinho at Manchester United, Schneiderlin moved to Everton on a four-and-a-half-year deal. The move reunited the 27-year-old France international with Ronald Koeman, who was formerly his manager at Southampton.

Southampton were the biggest movers on transfer deadline day, shelling out around £14 million to sign 25-year-old Gabbiadini from Napoli. The former Sampdoria striker, capped six times by Italy, signed a four-and-a-half-year deal.

Burnley broke their transfer record as the deadline loomed with a swoop for former Manchester United youngster Brady. The 25-year-old Republic of Ireland international, who can play in any position on the left flank, penned a three-and-a-half year deal at Turf Moor.

After 18 months of stagnation at The Hawthorns, Berahino finally secured the move he has long coveted. The 23-year-old England Under-21, who last played in September, will hope to recapture the form that saw him finish as West Brom’s top scorer in the 2014-15 season with 20 goals.

Ghana winger Schlupp, made 24 appearances as Leicester won the league last season, but decided to find pastures new after falling down the pecking order. He made an inauspicious home debut, an attack of cramp allowing Seamus Coleman to earn Everton a 1-0 win with a late strike.

Lookman, 19, became the most expensive player in the history of England’s third tier when he left League One Charlton for Goodison Park on a four-and-a-half-year deal. The England Under-20 international had a dream debut, scoring a late goal in a 4-0 rout of Manchester City.

To the evident disappointment of incoming Hull manager Marco Silva, top scorer Snodgrass was allowed to join West Ham on a three-and-a-half-year contract. The Scotland international, who is expected to take over set-piece duties from the departed Dimitri Payet, said he had joined a club with “real ambition.”