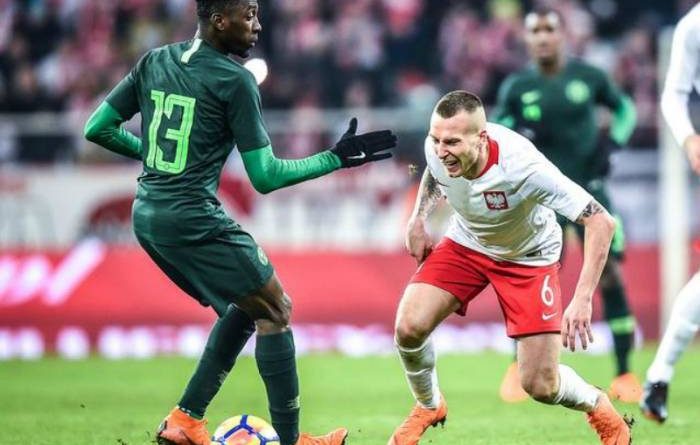 The midfielder who is widely regarded as one of the best ball tackler in the English Premier League suffered a hamstring while playing for his club Leicester in game against Crystal Palace on April 28. Nigeria coach Gernot Rohr proved he believes in the player by listing him in the 30-man provisional squad even though he has been out for three weeks.

It was gathered that he resumed swimming and gym work since last week.

“Ndidi is doing very, very well. He is recovering very well, all the worries are over now,” a Super Eagles official said.

“It is confirmed that he will go to the World Cup. He has not started training on the pitch but he’s doing treadmill workouts and swimming exercises.”

Rohr has identified Ndidi as one of the key players in the Eagles squad since he was appointed coach, and handed him starts in all of Nigeria’s 2018 World Cup qualifiers apart from the game against Algeria in Uyo. Ndidi has since expressed his appreciation for the confidence reposed in him on the road to Russia 2018.