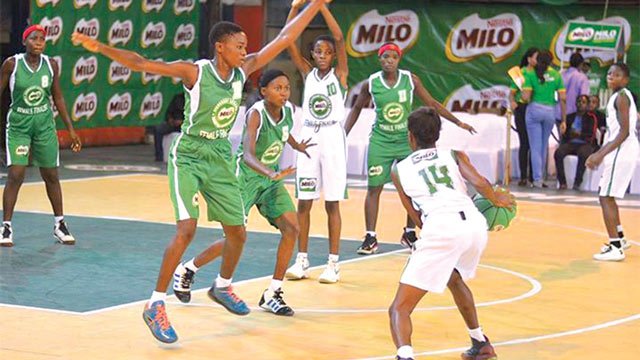 The 2019 Nestle MILO Basketball Championship will end in Nigeria on Thursday, July 4 but that will be after the final duel between General Usman Hassan Katsina Unity College, Bauchi and Father O’Connell Science College, Minna, Niger State, Extrasportsnigeria.com reports.

The final game is billed for the Sports Hall of the National Stadium in Lagos where the final series began last Sunday.

The ladies game which will be the first for the day will take the tip off at 10am prompt in front of fellow pupils, friends and parents before the boys step out by 12 noon. Musicians and choreographers have been lined up to entertain the spectators in between the games and during the breaks as it has been with the previous finals.

The competition is holding in its 21st edition.