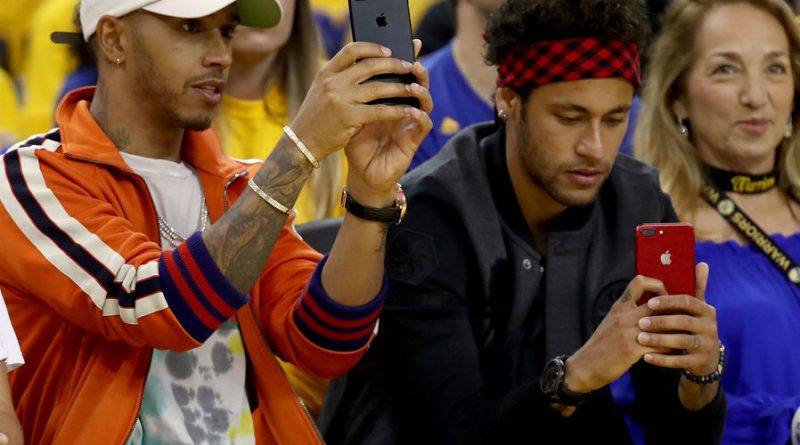 Lewis Hamilton has received so many congratulatory messages after winning the 2017 F1 world title on Sunday. One of the early messages that hit the Briton’s steering wheel is the from PSG star Neymar.

The Mercedes driver won the title in Mexico with a ninth place finish after he and title rival Sebastian Vettel collided on the first lap of the race. It’s his fourth world title, making him the most successful British driver of all time and earning Hamilton all-round hailing from across the globe.

His PSG-striker pal Neymar called up virtually as Hamilton stepped on his final break. The Brazilian was so eager he didn’t even wait for Hamilton to leave his car, instead being tapped in over the car radio almost as soon as the Briton crossed the finish line.

According to a Metro UK report Neymar said, “I’m happy for you, bro, for your World Championship. Winner!”

Vettel, who was Hamilton’s closest rival throughout the season, said the Stevenage-born driver deserved his title win. “He’s done a superb job all year round and deserves to win the title,” said the four-time title winning German. “Congratulations to him. It’s not about anybody else today. It’s about him. It’s his day.”

And Hamilton proved he has a lot fans from the world of football as former England striker Gary Lineker said Hamilton was now “unquestionably” one of Britain’s greatest ever sportsmen as he congratulated the race star.

An ecstatic Hamilton said afterwards, “Wow. I want to say thank you to everyone who came out to support us.

“I did everything I could. Had a good start and I don’t know what happened on turn three.

“That wasn’t the kind of race I want but I never gave up and kept going right to the end.”