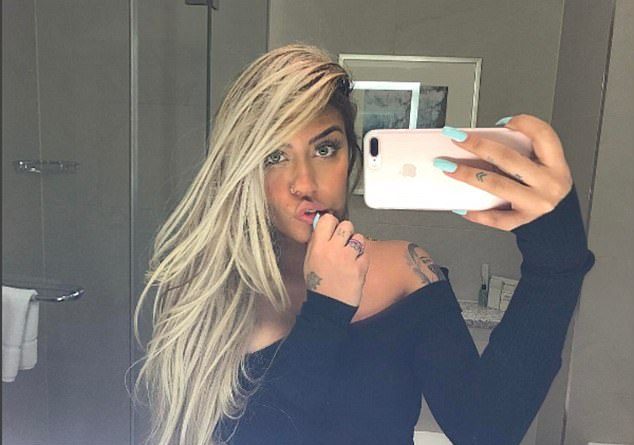 Neymar’s sister Rafaella has confirmed she is in a new relationship with the man dubbed the ‘new Neymar’ and a friend of the real Neymar.

Rafaella Beckran shared a picture on Instagram on Monday of her kissing Gabriel Barbosa, the Inter Milan and Brazil striker nicknamed ‘Gabigol’ even as her brother continues the battle in Spain for the La Liga title.

The love links may have been developing a long way back as ‘Gabigol’ and Neymar have grown up in football together – both were on Santos’ books as youngsters and both are now stars of the national team – but it now seems he is a lot closer to the Barcelona star’s sister Mailonline Sport revealed.

Gabigol’s flourishing love life is in stark contrast to his season on the pitch – he has played just 13 games all season since his high profile move to Italy, scoring three goals.

The couple both shared a photo to Instagram of them kissing, confirming their relationship after months of speculation. Beckran is particularly prevalent on social media, posting numerous pictures to Instagram including several with her footballer brother.