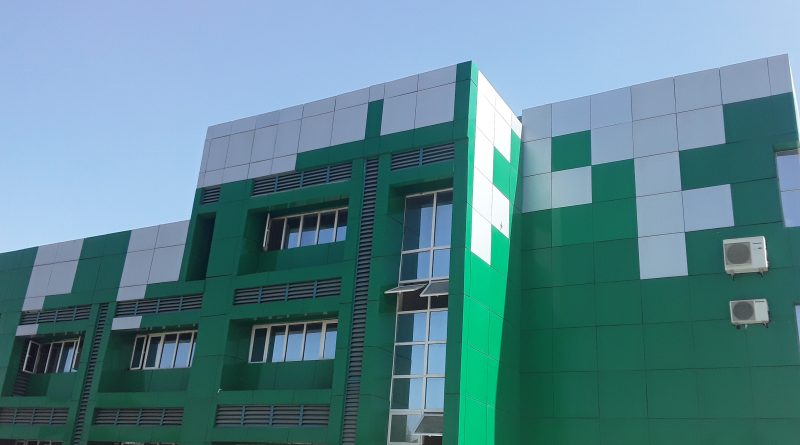 The Football Committee of the Nigeria Football Federation has endorsed the final table of the Nigeria Professional Football League for the 2019/2020 season as prepared and released by the League Management Company.

At its virtual meeting, held at the instance of the President of NFF, Amaju Melvin Pinnick, to deliberate on all the issues arising from the forced ending to the season by the COVID-19, the agreement reached by all stakeholders to use the Points-Per-Game (PPG) to determine the final table and the subsequent petition by Rivers United FC, the Committee unanimously recommended that the NFF Executive Committee endorse the LMC decision and the Final Table for the 2019/2020 season in line with the NFF Statutes. It also charged the LMC to work out its calendar to ensure that very minimal number of matches are postponed for clubs taking part in continental competitions.

The said meeting of the NFF Football Committee reviewed the following:

* The process followed by the LMC from May 2020 when the NFF approved the decision to end the NPFL 2019/2020 season at Match day 25 due to the Covid-19 Pandemic, to July 2020 when it approved the NPFL  table based on the PPG system with the top three teams to represent Nigeria in the 2020/2021 CAF Inter-Clubs Competitions.

* The relevant provisions of the NPFL Rule Book that the LMC relied upon to end the season and adopt the PPG.

* The Petition from Rivers Utd proposing for the LMC to use the Goal difference to break the tie.

* The LMC’s response to Rivers Utd Petition seeking to clarify the issues and stating the basis of its decision.

From the above, the meeting established that:

* The LMC followed all the due process of consultation with the NPFL Participating clubs and the NFF in coming to the decision to end the NPFL 2019/2020 Season at Match day 25.

* The PPG table was presented by LMC for discussions by the clubs including Rivers United since May 2020 and there were no objections on the standings and/or the application of the head-to-head to break the tie.

* Indeed, it was the same table that was presented to the Government in June 2020 as part of discussions to end the league or go for a Super 6, given the Nation-wide Lockdown order announced as a result of the Coronavirus pandemic.

* Rivers Utd belatedly made a complaint on the PPG table standings only after the final decision to end the league was taken and weeks after the league standings were established.

* The Committee noted that the novel Covid-19 pandemic presented an ‘exceptional’ situation and disruptions globally that presented a ‘force majeure’ which warranted the decision to end the league.

* The LMC duly adhered to and relied on the relevant provisions of the NPFL Rule Book in coming to a decision. Specifically, the ‘Force Majeure’ provisions and “Matters Not Provided for” under NPFL Rule Book Articles 15.24 and 15.2

* NPFL Rule Book Article 15.24 unconditionally placed the authority and rights on the LMC to take the necessary decisions under the prevailing circumstances (Force Majeure occasioned by the Covid-19 Pandemic), having regard to interest of fairness, good sportsmanship and overall interest of the game

* The Rivers Utd Petition which relied on Clause 3 of the NPFL Rule Book (The Competition) does not apply under the circumstances (Force Majeure) as the clause is only relevant if the NPFL full season had been completed and/or the clubs have all played equal number of games (in which case the application of the PPG would be irrelevant).

* The Application of the head-to-head on the NPFL 2019/2020 PPG Table to separate a tie was not limited to only Rivers Utd vs Enyimba but was also applied to decide hierachy between MFM and Wikki Tourists as well as between Jigawa and Nasarawa Utd.

Subsequently, the meeting resolved that:

* That the LMC followed due process by consulting the participating clubs in coming to a decision on the PPG and its application.

* That the majority of the NPFL Clubs duly voted (18-2) to end the league and adopt the PPG system to homologate the final league table.

* That the LMC acted within its powers and authority, and adhered to the letter of its rulebook (NPFL Rule Book) in coming to a decision on the final PPG-adjusted NPFL table which it adopted for the 2019/2020 season.

* That the NFF does not have the power to overturn the decision of the LMC on the matter unless it is found to have flouted its own rules and regulations as contained in the NPFL Rule Book.

* That the Committee, therefore unanimously recommends that the NFF Executive Committee endorse the LMC decision and the Final NPFL 2019/2020 Season PPG table in line with the provisions of the NFF Statutes.