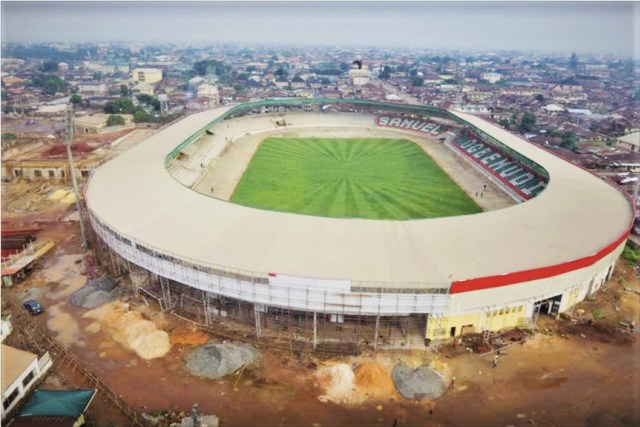 The Nigeria Football Federation has finally picked Benin as the centre for November’s 2021 African Cup of Nations (AFCON) qualifying match against Sierra Leone. The federation had announced before the governorship election in Edo State that it was looking at either Benin or Asaba for the game.

It has now been confirmed that the match will hold at the new Samuel Ogbemudia Stadium, Benin City.

The match will be the first major sporting event at the stadium which was completely knocked down and rebuild originally targeting the Edo 2020 National Sports Festival for the first major event. The stadium is the first to acquire Video Assistant Referee (VAR) gadget, a facility bought by the Edo State government ahead of the 2020 National Sports Festival which incidentally had to be postponed because of the Covid-19 pandemic.

NFF Assistant Director, Communications, Ademola Olajire, said the NFF was still working round the clock to ensure the success of the AFCON qualifier. The NFF has set up a monitoring team to keep close tabs on events across the country to ascertain if the qualifiers will be shifted or not.

The #EndSARS protests paralyze the country in the last two weeks.