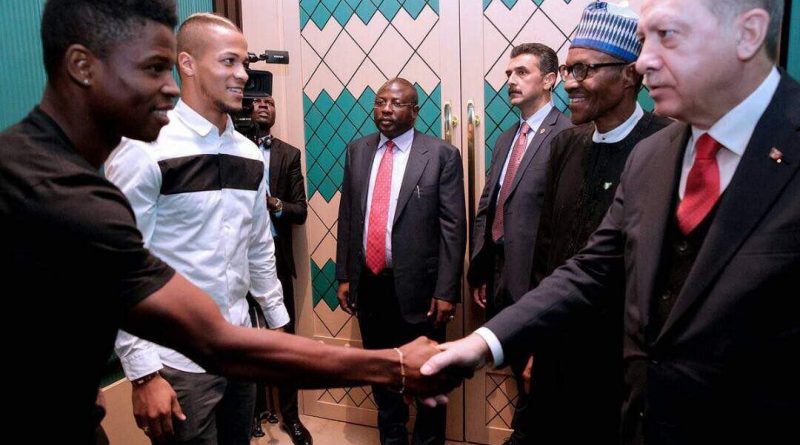 The Nigeria Football Federation has heaped praises on the President and Commander-In-Chief of the Armed Forces of the Federal Republic, His Excellency, President Muhammadu Buhari for his directive that has ensured a peaceful resolution of a long –drawn leadership tussle in the football body.

“We cannot thank His Excellency enough for his action in restoring order to the Football House. By this single action, our President has restored hope to millions of Nigerian youth and the not-so-young who are involved in one way or the other in the football business. Now they can live and breathe their favourite game once more.

“All plans and programmes of the various National Teams will proceed accordingly, and we also believe the League Management Company will now put arrangements in place for the resumption of the Nigeria Professional Football League,” NFF General Secretary, Dr. Mohammed Sanusi said on Monday.

Operatives of the Department of State Services (DSS) stormed the NFF Secretariat, Abuja on Monday morning with orders to restore normalcy to the place, and were later joined by Dr. Sanusi, who received a letter from the Office of the Attorney General of the Federation and Minister for Justice to the effect that Nigeria would respect world football-body, FIFA’s position on the matter.

FIFA President Gianni Infantino had stated in unambiguous terms on the margin of the 2018 FIFA World Cup final match in Moscow, Russia penultimate week that the global body only recognized Mr. Amaju Melvin Pinnick as the President of Nigeria Football Federation.

Three weeks ago, a group led by Chris Giwa stormed the NFF Secretariat and took control, on the strength of a court ruling. However, with the new directive, the Board of the Nigeria Football Federation led by the new 1st Vice President of CAF, Mr. Amaju Melvin Pinnick has been restored to office.