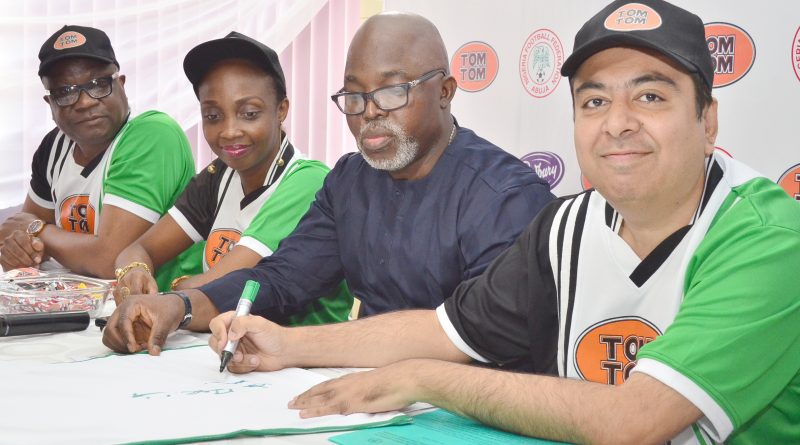 The President of the Nigeria Football Federation Amaju Pinnick has said the Federation has been able to raise at least $50 million dollars within the last three years, Extrasportsnigeria.com reports. Pinnick told the gathering that transparency and doggedness helped the football body to move from a low end to almost self-sufficiency.

He said, “We have been able to raise over $50 in the last three years and that is because of the new ways we do things. The Corporate world is identifying with us more and more by the day because they can see through everything we are doing and where we are heading to.”

The NFF boss who used the opportunity to elaborate on the Super Eagles journey to Russia 2018 World Cup said he remains steadfast in his belief that Nigeria can win the World Cup.

“I mean and I don’t have any regret saying Nigeria can win the World Cup; yes, we can,” he said.

“I can say this boldly because we have a good team and we have done everything well from planning to financing. Our players have never been this motivated and the technical crew is excited because we have remained focussed.

“And so with support from Nigerians and fans of Eagles across the world I can boldly say yes, we can do it.”

The NFF President then lauded Cadbury Nigeria and said that the NFF would work in tandem with TomTom and leverage on the partnership to bring glory to the national teams at every tournament.

Pinnick said, “We are grateful to TomTom for being a backbone of all our national teams. TomTom is a premium brand from Cadbury Nigeria Plc.”