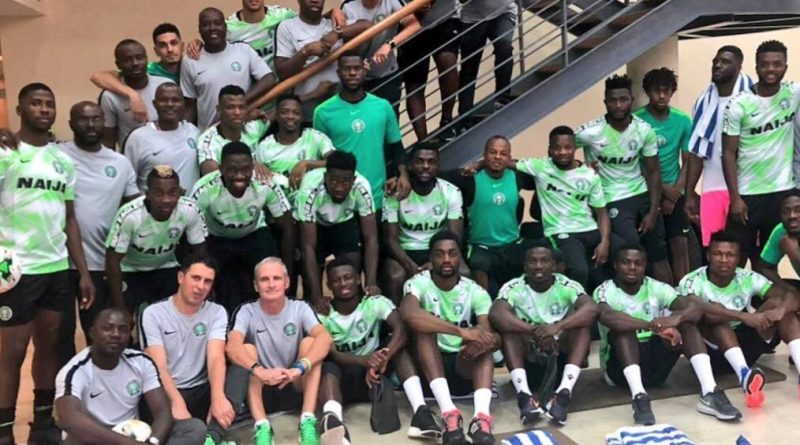 The Nigeria Football Federation and its global brand kit-sponsor Nike have taken a further step in the plan to unveil another set of kits for the Nigeria national teams which they believe would wow the world as did those launched just before the 2018 FIFA World Cup.

At a virtual meeting on Monday that had NFF President Amaju Pinnick, Vice Presidents Seyi Akinwunmi and Shehu Dikko, NFF General Secretary Mohammed Sanusi, NIKE’s Tina Salminen, David Watson and Lee Murphy, NFF Board Members Ibrahim Musa Gusau and Felix Anyansi-Agwu, as well as Ademola Olajire (Director of Communications), Alizor Chuks (Head of Marketing) and Nasiru Jibril (SA to President), finishing touches were put to the designs with observations and comments taken. Nike officials were said to have been fully briefed on the minute details of the preferences of the NFF chieftains.

The new designs were to have been launched earlier in the year, but plans went askew as a result of the global coronavirus pandemic. The Super Eagles would launch the new wears during the FIFA window for international friendlies next month.

It would be recalled that American sportswear giant, NIKE received three million orders for the Super Eagles’ 2018 FIFA World Cup kit prior to the release of the jerseys into the market on 29th May 2018.

On the first day of the sales in London, United Kingdom on Friday, 1st June 2018 (which also was the eve of Nigeria’s high-profile pre-World Cup friendly with England’s Three Lions at Wembley), NIKE shops ran out of stock within one hour of putting out the jerseys.

The NFF has stated that apart from the tremendous success on the counter, NIKE has continued to express its delight with the running agreement with the NFF, initially signed in London in April 2015, with the various Nigeria National Teams qualifying for major competitions and impressing at continental championships.

Since the penning of the initial contract, the U17 boys have won the FIFA World Cup; the U23 boys won the U23 AFCON and took bronze medal at the Olympics in Brazil; the Super Falcons have won two AFCON titles; the Eagles B have achieved a record-high second-place finish at the CHAN and; the Super Eagles have qualified for the FIFA World Cup from a ‘Group of Death’ in the African series and have taken the bronze medals at the AFCON. Presently, the Super Eagles comfortably top their 2022 AFCON qualifying group and would be guaranteed a ticket to the finals if they overhaul Sierra Leone home-and-away in the Day 3 and 4 encounters in November.