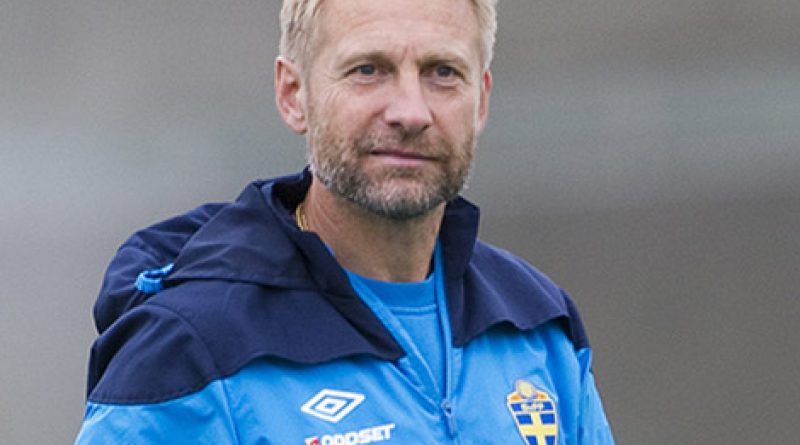 The Nigeria Football Federation has announced signing an agreement with Swedish football coach, Thomas Dennerby, to take the role of Head Coach of eight-time African champions, Super Falcons. The contract also enables Dennerby to come into the job with an assistant, Jorgen Petersson, another highly experienced Swedish coach nominated by Dennerby himself.

Dennerby, who spent nine years with Hammarby IF of Allsvesnkan and played in the European Cup in 1983 and 1985, won 34 caps for Swedish junior teams between 1975 and 1981. He coached the Swedish Women’s Senior Team between 2005 and 2012, during which the team played at the 2008 and 2012 Olympics and the 2007 and 2011 FIFA World Cup finals, winning bronze at the latter tournament. He also served time as youth coach for Stockholm FA and worked in various capacities for former club Hammarby between 1993 and 2001.

More recently, he did scouting and analyses for the Swedish FA at the 2013 and 2017 European Championships, the 2016 Olympics and the 2015 FIFA Women’s World Cup in Canada.

Petersson has worked with several top Swedish clubs including Moheda IF, Osters IF, Vaxjo, Alvesta Golf, IFK Varmamo, Malmo FF, Kalmar FF and Linkopings FC, was assistant coach of the Swedish U23 women team between 2006 and 2012 and scouted for the Swedish women national team at last year’s European Championship.

The NFF says the appointment is in line with the pledge made by NFF President Amaju Pinnick to get a world-class coach to take the Falcons and other women national teams to the next level (of competing creditably and for laurels at global championships), and who would also work assiduously with the Federation to ensure robust development of women football in Nigeria. Pinnick expressed delight that the process had gone smoothly and assured the coaches of conducive working environment to achieve the set goals.

“The NFF decided to go for a coach of the calibre of Thomas Dennerby for three reasons: to sustain and enhance the Super Falcons’ dominance on the African scene; to take the Falcons and the other women teams to the next level of challenging for laurels at global competitions like the Olympics and the FIFA World Cup and; to generally lay the foundation for the real development of women’s football in our country,” Shehu Dikko, NFF Second Vice President/Chairman of Strategy, told thenff.com.

Dikko added, “Dennerby will live in Nigeria most of the time and support the other women teams whenever he has the time. The contract is until the 2020 Olympics in Tokyo in the initial, with the right for automatic renewal subject to meeting performance milestones as agreed. He will be in Nigeria very soon for the public unveiling.

“The NFF Technical and Development Committee has already shortlisted three Nigerians to work with Dennerby and Petersson as assistant coaches and goalkeeper trainer. These three will resume work soon to start preparing the team for the upcoming WAFU Cup of Nations in Cote d’Ivoire pending the resumption of Dennerby and Petersson.”

The three coaches who will work with Dennerby and Petersson will be announced soon.