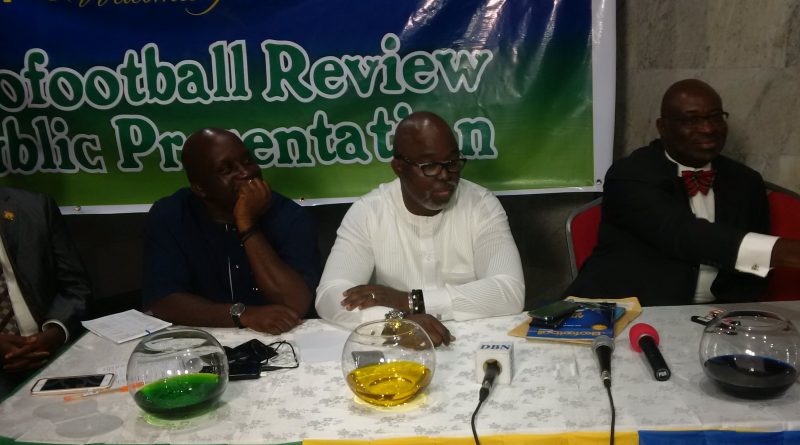 The Nigeria Football Federation president Amaju Pinnick has announced the federation will soon embark on a nationwide developmental project for the football associations of the various states, in the form of mini secretariats, Extrasportsnigeria.com reports.

Pinnick, while speaking at the Lagos State Football Association’s Ekofootball Review Public Presentation on Wednesday, said the project, to be financed by a major partner of the NFF, will see six such projects completed in Jigawa, Osun, Bayelsa, Borno, Kwara and Abia states before the end of this year.

“Football administration is never a journey, but a destination. Each administration will do its best and the next one takes it from there. But one thing our administration is determined to achieve is to ensure the NFF attains financial independence before our tenure is over. In this regard, the recent passage of the NFF Bill is a welcome development.

“Lagos State is really setting the pace. We commend their initiatives and encourage other States to emulate their style and engagement.”

Before Pinnick spoke to the gathering, Chairman of the Lagos State Football Association/NFF First Vice President, Barrister Seyi Akinwunmi, said that grassroots football is the lifeblood of the game.

“Our administration realized this immediately we came into office. And our achievements in this area testify to the work we have put into it. Today, we have 64,000 kids in our U15 Future Stars’ data –base and over 36,000 in the U13 team. Position is temporary; posterity will judge you based on what you are able to achieve.

“Our vision is to be the best football association in Africa. Ekofootball is our philosophy for re-defining the style and standard of football and of football administration in Lagos State.”

Akinwunmi disclosed at the end that the much-talked about ‘game changer’ is a plan the LSFA has put in place to start a profit-based Super League in the state in a few months, with the focus on having community –based clubs, which is already drawing enthusiasm from various individuals and groups.