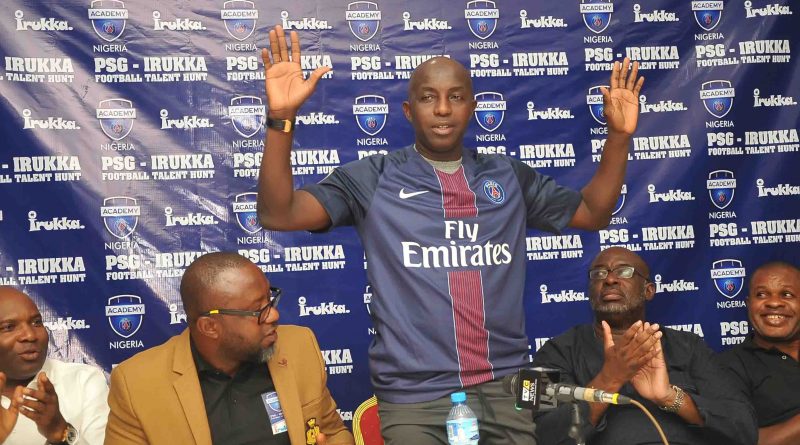 The Nigeria Football Federation has announced it will work extra hard to regulate football academies in the country.

The NFF vice president Seyi Akinwunmi said that the purpose of the regulation is to ensure that only football academies that meet the required standard operates in the country. He spoke when PSG/Irukka Football Talent Hunt unveiled former Super Eagles coach Samson Siasia as the brand ambassador of PSG-Irukka football talent hunt in Lagos on Thursday.

He said one of the objectives of the current NFF board is to ensure the development of youth football. He added that for the objective to be achieved, standard and compliance must be enforced in football academies to enable them meet with the standard in the other climes.

Akinwunmi commended Irukka online for its efforts at encouraging the development of football in the country.

According to him, PSG/Irukka online was doing NFF in particular, and Nigeria in general, a big favour by helping in the discovery and harnessing of young footballers.

The Managing Director, Irukka online, Chinedu Oguike said the purpose of the PSG-Irukka football talent hunt is to produce the Okochas, Kanu Nwankwos and Mikel Obis of this world for Nigeria. He said Irukka online decided to make Siasia, the brand ambassador of the talent hunt because of his great achievement in the development of youth football in the country.

He believes that with Siasia and the technicsl crew, the talent hunt would produce those that would bring honours to Nigeria in the game of football in the near future

He urged talented young footballers to make use of the opportunity being provided by the talent hunt to realize their dreams of playing in big leagues in the world.

The organisers said the talent hunt would hold in 14 cities across the country to help discover hidden talented footballers.