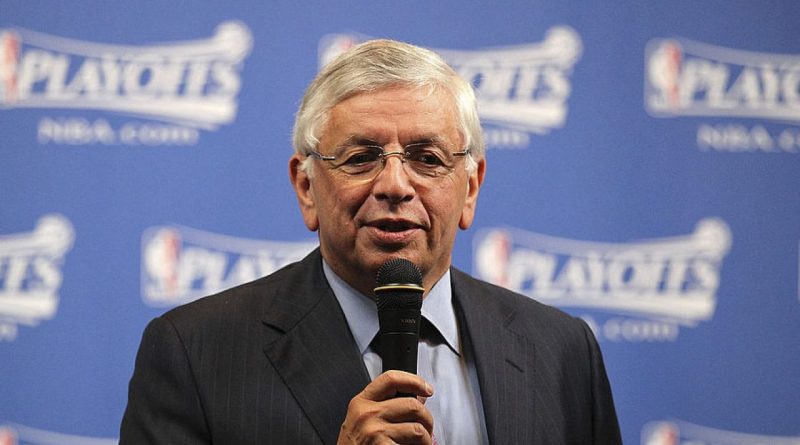 The Nigeria Basketball Federation has joined the global community in mourning the demise of former NBA Commissioner, David Stern. The man who helped push up the NBA global market died on Wednesday, 1st of January at the age of 77.

The federation led by Musa Kida described the death of the 77 year old that revolutionised the NBA as a sad event which was not the perfect way to usher in the new decade.

In a statement by its President, Kida, the NBBF said the global community would forever remain grateful for the revolution he brought to the NBA while serving as the Commissioner.

It reads: “I have met him on few occasions and I must say that he was a highly industrious man who knew what he wanted out of life. He masterminded the revolution and evolution of the NBA which turned it into the biggest basketball franchise in the world.

“We are saddened by his death but consoled that he lived a fulfilled life while with us. Any time we watch or hear the NBA, there is no way we won’t remember David Stern.”

Stern became the Commissioner in 1984 and stepped down 30 years later as the longest serving commissioner in the history of a major North American sports league.

Shortly after Stern took the job as NBA commissioner in 1984, the first name he called on draft night was that of a Nigerian and Houston Rockets legend Hakeem Olajuwon.

Olajuwon who played college basketball as star big man at the University of Houston, was the No. 1 overall draft pick that year. He went on to have a Hall of Fame career. The 56-year-old Nigerian also offered his thoughts on Stern’s legacy and impact.

Olajuwon told ESPN: “It was a great loss. What a wonderful man. I feel so honoured just to know him. A true leader…Business-wise, basketball-wise, an unbelievable person.

As you see, everybody is talking about his vision. He’s a visionary. He’s global, and he believed in it. And it led all the people around him to buy into the same program.”